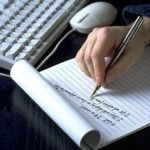 Its a well documented tale but worth retelling. In my early days at St Athan in the 4th entry I was happy to be called Paddy as my first name was Patrick but sadly for me I wasn’t Irish.A senior entry member named Coffey who was Irish took offence at me being called Paddy and with his henchman Duke Rayner decided to apprehend me in the toilet block. I was told that in future I was to drop the name Paddy and that I was to be called Gus if I was to avoid a beating up.Later they advised the chaps in my hut D18 that in future I was to be called Gus. Unfortunately Coffeys Irish accent was strong and Gus came out as Goose and thereafter I was Goose Groombridge. Happy days.