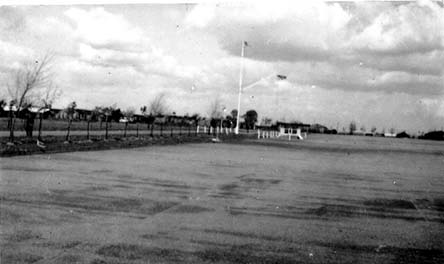 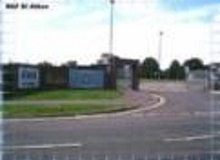 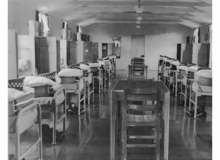 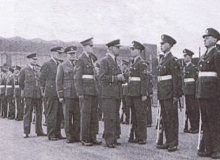 Royal Air Force St Athan located in Glamorgan S.Wales, was constructed in 1938. During World War II the station had over 14,000 personnel, and was used for training ground and air crew. Since the war, the RAF St Athan, in the Vale of Glamorgan, has become the largest Station in the Royal Air Force, employing more than 4,000 Servicemen and civilians.

The Station is extremely important to the financial well-being of the surrounding area both as an employer and supporter of local businesses. As a very large maintenance base it has a budget of around £100 million a year (excluding spares) and about £50 million of this is injected directly into the local economy.

The St Athan base is now the RAF’s only aircraft maintenance unit, and carries out comprehensive maintenance and modifications on all of the RAF’s and RN’s front-line fixed-wing aircraft, including Tornados, Harriers, Sea Harriers, Hawks andVC 10s.

The highly trained and skilled workforce also conducts a wide range of in-depth repair and overhaul for aero engines and mechanical and structural components, as well as providing design and manufacturing expertise. Defence initiatives in recent years has seen the workload at St Athan grow considerably as other bases have been closed. As more Servicemen have been transferred to front-line duties MOD Civil Servants have replaced them and the base now has around 1,500 Servicemen and approximately 3,000 civilians.

The initial Apprentice Training School opened its doors there in May 1947, when 59 young men arrived from all parts of the UK. Folklore would have it that the instructors of the day, both commissioned and non-commissioned, were all involved up to the very last minute in preparing accommodation and classrooms for the arrival of the 1st Entry. The course was to be of 16 months duration and would offer three types of training, for Clerks General Duties, Clerks Accounts and Equipment Assistants. In the early days of this training at RAF St Athan, several notable military figures of the era were amongst visitors to the station,including Marshal of the Royal Air Force, Lord Tedder and Field Marshal Lord Montgomery. Understandably, the first experience of any new course or examination can be something of a lottery, Either the course would be too simple or too complex, too short or too long. At St Athan it turned out that the curriculum was perhaps overly demanding in too short a time, judging by the number of apprentices that had to be re-coursed. As a consequence the course length was extended to 20 months and this resulted in a much improved standard of entry pass-out success.

Entries 1-20 trained or started their training at St Athan, with the 16th Entry being the last to passout. Entries 17-20 were re-located to RAF Hereford in January 1954 where they completed their training.
Today, the excellent Civilian Technical Training School at RAF St Athan still provides three-year apprenticeships and shorter conversion courses for civilian workers offered employment at the base. 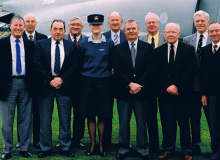 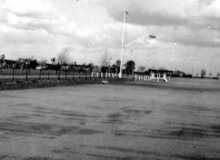 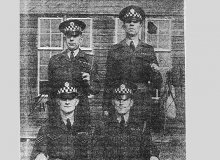 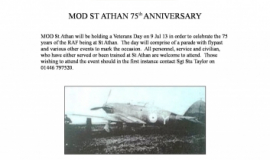 MOD St Athan will be holding a Veterans Day on 9 Jul 13 in order to celebrate the 75 years of the RAF being at St Athan. The day will comprise of a parade with flypast and various other events to mark the occasion. All personnel, service and civilian, who have either served or been trained at St Athan are welcome to attend. Those wishing to attend the event should in the first instance contact Sgt Stu Taylor on 01446 797520.

Administrator Note: The above article has been left for historical purposes only

Do You Have Any Photos Taken During Your Time At RAF St Athan? If So We Would Be Pleased To Hear From You administrator@rafadappassn.org