I’m Sent To Be In America – Ben Croucher 29th 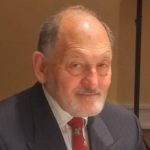 In 1958, 18 years old and just 3 months out of apprentice training, I was stationed at RAF Upwood (3 squadrons of Canberras) as p.a. to  OC Operations Wing.   I was having a rather rough time because the sergeant from Air Traffic Control “had it infer me” as, in his mind’s eye, he saw a jumped-up “pen pusher”, who had no business at all to be wearing  Jnr Tech stripes on his uniform when he had nothing at all to do with aircraft.    Fortunately, my time at AATS Hereford stood me in good stead during this unfortunate period and my JNCO,  a long-serving Irishman who tended to not take any prisoners, had several verbal clashes with the Sgt;  together, we were holding our own and even starting to come out on top.

Nevertheless, it came as a pleasant surprise to be summoned out of the blue to RAF Marham, for an “interview”, further details of any rhyme or reason for this were not forthcoming to me, even if they might have been known by the hierarchy.    Filled with curiosity and also searching my memory for any possible transgressions that could possibly be put down to me, I reported to Station Headquarters, RAF Marham only to be immediately confronted by three members of my Entry (29th), all equally puzzled as to the reasons for this mysterious gathering.

Then, suddenly and without further ado, a Flt Lt and a Sgt introduced themselves and said we were to be interviewed for a special job, for which we would each be tested and assessed separately.   When my turn came, I was asked about my background, training, sporting achievements (none) and eagerness to serve overseas (mad keen).    The Sgt(referred to as Sgt B from now on) then took over and dictated a passage from his service-style script, which I had to take down in shorthand and type up from my notes.   Having been “broken in” by the inconsistencies and fallibilities of my Upwood boss in terms of dictation, I found this little test quite easy and handed in my typescript with confidence.

We were all soon back in the office being used as a waiting room, bursting with curiosity and having a very welcome catch-up and reunion, when the door opened and we were suddenly interrupted by our hosts, who thanked us for attending and said we would be notified of individual outcomes in due course;   dismissed.   After this abrupt non-committal conclusion to the visit, I was quite surprised when,  after about 3 weeks, my presence was again required at RAF Marham,  for tropical kitting out, medical and inoculations, etc, , prior to proceeding on detachment to US Air Force Base, March, near Riverside, California – within a matter of days.  The Royal Air force was scheduled to take part in the annual USAF Strategic Air Command (SAC) bombing competition for which three RAF teams were entered, flying Valiant aircraft, the first of the famous “V” bombers.    I hoped to be a small part of this enterprise.    My first port of call was for a brief interview with the detachment commander, Group Captain Lewis Hodges (a wartime special ops pilot who subsequently rose to become Air Chief Marshal Sir Lewis Hodges).   He stood up when I was ushered into his office, shook hands, asked me a couple of questions and said he would see me later.   A somewhat detached, but pleasant man, I thought, and I had no qualms about working for him;  you see,  it had already been hinted that I was to be his p.a.!

It was mid-year when we flew out to Los Angeles;  first by KLM to New York and then via American Airlines to Los Angeles.    As members of the Headquarters party, Sgt B and myself were allowed to travel civil air in addition to the competition team staff officers.   Of course we were assigned seats back in coach, while Group Captain Hodges and his party relaxed in business class.   The three participating Valiant aircraft were flown out direct to March AFB by their respective crews, including their  assigned crew chiefs, whilst  the “lads” had to make do with a handful of Hastings aircraft which ferried all ground crews, together with spares and tools.    For me, the flight out was a dream come true, as I had never before flown long haul and as a flying-mad nut,  I was in my element –  even though Sgt B spent most of the time telling me that HE was the Group Captain’s “real” p.a. and my role was of little consequence, other than to provide limited support.   I could have cared less.   I was on my way to California!!

On arrival in Los Angeles, our Headquarters detachment was met by a USAF liaison group;   their first task was to fly us to March AFB, in a Dakota.   I had not foreseen, even at this late stage, the possibility of having to wear a parachute, but reality kicked in when a cigar-smoking master sergeant started to adjust all my straps to dangerously tight levels and, when he heard that I had never before “jumped”, the cigar rolled unbelievingly around his mouth as he thumped me on the back.   I can still remember his words of “advice”.   “Son, when you’re getting near the ground, keep your legs together, ‘coz there’s a whole bunch of really tall trees in this area!”    It took me some time after this harnessing experience to overcome the John Wayne walk I had suddenly developed, without warning, after wearing that parachute gear.

In the event, of course, the solid old Dakota arrived at March AFB safely and on time.   I didn’t see any of the USAF crew wearing parachute harnesses during the flight and my belief is that our hosts wanted to show how every possible precaution was taken to ensure the safety of our party, especially the leader, a proven war hero and holder of two DSO’s and two DFC’s.   After landing, we were quickly introduced to our liaison officer (a young USAF Captain) and allocated to our respective accommodation, in my case, an airman’s billet similar in many ways to the usual RAF style.   The outstanding differences were two-tier bunk beds held together by iron frames and ablutions that were completely open plan, i.e. no cubicles, in the shower rooms or toilets.   This meant that banter in these areas was always rife and the “wall flowers” among us were mostly creeping about in the washrooms after lights out!

My billet was occupied by corporals and airmen of the ground servicing support teams who had arrived the previous day.   Many of them were Junior Technicians, 100% of whom were baffled and, in some cases, resentful of the one upside down stripe I displayed on my arm.   A great deal of disbelief circulated the barracks, asking pointedly how a “shiny a*se” office worker could ever aspire to J/T rank and the rumour went round that I was a former technician who had messed up on the flight line and was thereby forcibly remustered to my clerical trade as punishment and retribution!   Furthermore, when they found out that I was an ex-apprentice, the doubters felt themselves vindicated but, over time, we all settled down very well and I was accepted into the fold, especially when I was found to be potentially a very good source of information concerning our raison d’etre at March and the achievements of our crews in the bombing competition with SAC.

Out and about on camp, life was extremely pleasant, especially when wearing RAF uniform (KD), which was practically a guarantee for invitations to barbecues and the like, put on by the families of local servicemen.   When strolling along the “sidewalk”, cars would often slow down and then stop.   The occupant’s first question was invariably, “Say, you English?” followed by “Can I talk to you for a minute?”     Offers of entertainment came through thick and fast and several times I was offered the use of a complete stranger’s car, for my own sight-seeing pleasure and enjoyment.   The locals loved to listen to our English accents and we would be repeatedly asked to say particular words like “socks” , “trousers”, or “bottle” over and over again.   One weekend, I was in a group of 3 RAF lads who were driven across the border into the notorious Mexican town of Tijuana.   Our American hosts thought they had sussed out the best procedure to follow.   The idea was to buy, say, a bottle of Vodka and then visit a series of nightclubs, where our bar order would be confined to soft drinks only, subsequently and surreptitiously topped up with Vodka from the hidden bottle under the table.   Inevitably, there was a confrontation, followed by a fight, about which – after failing to duck quickly enough – I was mainly unaware as to what was occurring.   I woke up the next morning (luckily a Sunday), lying on my bed and still wearing my suit.   (It astonishes me to recall that in those far off days we still went out respectably dressed, even if we did not always return in sartorial splendour).    I had not the slightest idea how I had been taken there, but I realised that our American friends had not abandoned us to our own devices (at least in my case) and I have always managed to remain on good terms with US servicemen, wherever encountered, ever since.   Group Captain Hodges did not appear to notice my (slight) injuries when next I attended him in the office, but he did say, “I see you’ve managed to get yourself a new watch”.   “Yessir”, I replied.   “It’s amazing what you can find in Tijuana”.   He smiled in response.   I knew him as a genuine, rather shy but valiant man, who had risked his life on countless occasions for the good of his country.   There could have been no better choice than him for the position of Bombing Competition Detachment Commander.   As time went on, I heard a great deal about him, including all his promotions, but I never came into direct contact with him again.

The bombing competition did not manage “to show the Yanks a thing or two”, but we held our own and gained some valuable inside knowledge and experience concerning the performance of our aircraft.  Sadly, the Valiant was soon to be taken out of service because the airframe was plagued by metal fatigue.    Nevertheless, the detachment proved to be a great success in terms of Anglo/American military co-operation and we departed on extremely good terms and promises to return.   The ground servicing teams had the time of their lives and visited many places of interest (in addition to Tijuana) such as Las Vegas, Disneyland, Hollywood and Knotts Berry Farm.   Just before we departed March AFB, our USAF Liaison Officer asked me to sign some routine forms.   I didn’t have a pen with me at the time and, typically, he handed me a box of 20.   I have since heard that during a number of military campaigns involving Anglo/American co-operation, the “Brits” have acquired a permanent nickname:  “the Borrowers”.

« A Salutary Tale Of A Cracked Ankle And A Shredded Backside by Alan Bell || What’s In A Name? – Pat Groombridge 4th Entry »