Website Manager Note: The first part of Harry’s article can be read here:

If you have not yet read that suggest you might do so before reading this, the second part.

Extracts from my father’s book are shown in parenthesis.
Travelling from Sherness by train my father joined members of his company in a tented camp based on the playing fields of Ox and Bucks Light Infantry barracks near to Oxford. He remembers the amazing reception given to the troops by the civilian population who treated them like heroes – free cinema and bus tickets and not being allowed to pay for their beer in local pubs! A few weeks later he was posted to Willsworthy camp on Dartmoor to join his understrength company of Engineers. From there he was posted to RAF Sealand to help in the construction of the defence requirement such as camouflaging buildings etc.
“When Germany commenced to air-blitz our major cities the whole Company moved to the Liverpool area to be employed on the demolition of dangerously bombed buildings, and unexploded bomb location etc. I was able to visit Jessie and the boys occasionally. (We lived in Seaforth next to Bootle and the Docks). One evening whilst it was still daylight, Jessie happened to look out of the kitchen door to see a huge parachute descending. She shouted to her father who arrived in time to identify it just before it disappeared behind the high railway embankment and immediately pushed Jessie and young Ernie (My older brother) under the stairs. It was one of the first land-mines to be dropped during the blitz of Liverpool and it devastated a large area on the other side of the embankment which protected our estate. It was an enormous explosion, so it was with nervous hilarity that the family laughed about the line of mug and jug handles left hanging on hooks on the edges of the shelves. No other damage had been done, and young Harry had slept through it all in his pram.
The bombing became more intense and one night when I happened to be off duty and at home, the family had to be evacuated along with all the neighbours when I located an unexploded bomb in a neighbour’s garden soon after I had heard it come down. Everyone moved to a Church Hall about two miles away and out of the immediate target area. The next day I got permission to move Jessie and the boys to the home of some friends who lived on the Wirral peninsular until the bombing subsided somewhat.
The company later moved to South Wales and the West Country installing Ground Location (the forerunner of radiolocation) on key anti-aircraft sites, and it was whilst I was home on leave from one of these sites that Jessie and boys moved back home to her parents.”
Early in 1942 my father’s Company moved to Salisbury Plain where the early and urgent stages of the preparation for the eventual invasion of Europe were beginning to take shape. Later that year my father was one of five men selected for a reinforcement draft being assembled for overseas. They were given an hour to have their kit checked and packed before travelling to the Royal Engineers Overseas depot in Halifax. Thankfully they were immediately sent on seven days embarkation leave. Whilst home he met my mother’s brother who was serving on a troop-carrying ship in the Merchant Navy. He advised my father to volunteer for some kind of job once on board his ship. It would otherwise be a long and boring trip around Africa to Suez. Father really made the most of being at home, but little did he or my mother realise it was going to be almost four years before they would see each other again!
Father’s draft travelled overnight to Gourock and embarked on the SS Aquitania – a huge transatlantic liner of the Cunard Line. There were a total of over 8000 troops on board. They were packed like sardines in canvas bunks stacked three high.
“The Aquitania was one of a huge convoy of troop-carrying liners and fast cargo ships which sailed out of the River Clyde later that evening, but the size of the convoy was almost doubled next morning when it was joined by another one from Liverpool off the coast of Northern Ireland. Our escort consisted of one aircraft carrier, two battle cruisers and several very fast destroyers to protect us from submarines. These destroyers continually circled the convoy in zig-zag patterns at a distance, darting about like sheepdogs protecting the sheep.” 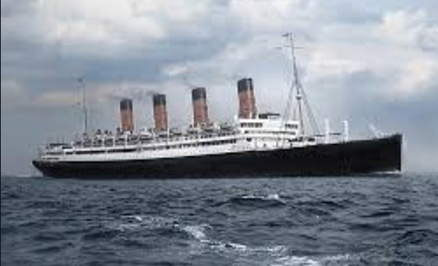 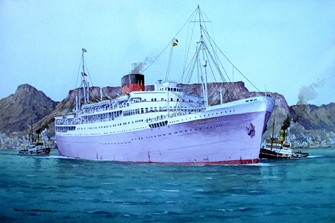 If you are interested please access the Internet to find the information about both Capetown Castle and The Aquitania. They were both fantastic ships.
The photograph below brings many happy memories back to me, especially as I am writing this on Remembrance Day (2020). I am the good looking lad next to his mum!? 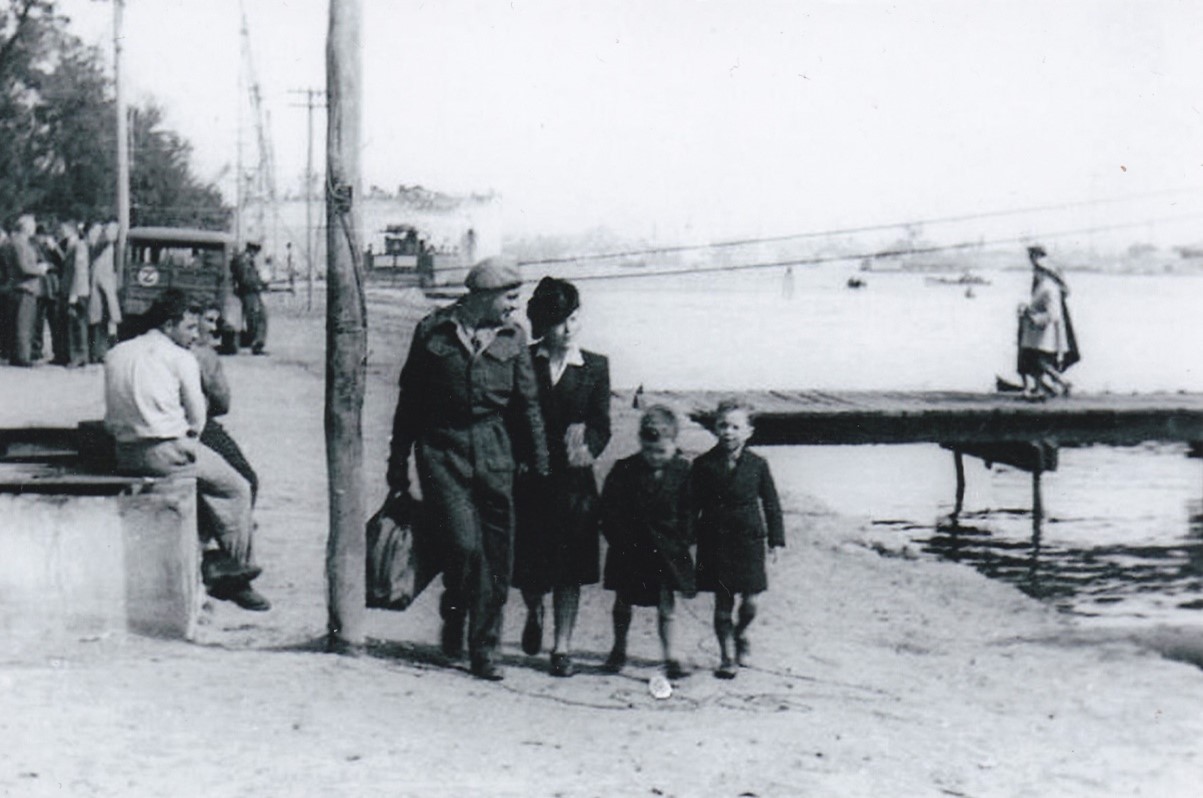 What happens next is another story, which I hope to write at a later date for inclusion in a future newsletter. Stay safe.