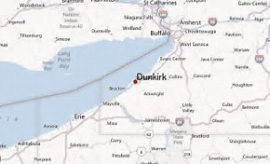 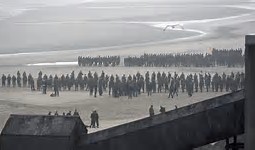 My father (Ernest John Trumbell) died on 11th March, 2008.   Thankfully a few years earlier, after much persuasion, he wrote about his life and times before and after the war.  The following is a precis of what he wrote about in 1939/40.

1939:  Within a couple of weeks of the declaration of war the company that my father worked for  received notice from the War Office that the Corps of Royal Engineers was in urgent need of volunteers from amongst men in the construction industry.   My father along with 14 workmates volunteered.   The works manager promised them that their jobs would be secure, not realising that it was going to be five years later!   Within a couple of weeks my father received his call-up papers instructing him to report to the Depot of the Royal Engineers at Brompton Barracks in Chatham.   My mother and my brother moved back to Seaforth, Liverpool to live with her parents whilst my father was away.  She was pregnant at time – I was born on 20th March, 1940.  The barracks was packed with new recruits who were really being put through the mill by regular army instructors.   A month later my father volunteered to join 712 General Construction Company which was being mobilised for service in France.

The total strength of the Company was nearly 300 men divided into 4 Sections (64 men per section), the remainder forming HQ Section.   The Company Sergeant Major was a regular soldier with 18 years’ service.   My father commented that he was a fine military figure with tremendous appearance and character who was regarded with awe, and that when things got a bit sticky later on was a great leader.     A few days later the Company moved to Margate to complete its basic training and to collect its war equipment.    Quite suddenly without much warning the Company moved to Portsmouth to join a blacked-out convoy and sailed overnight to Le Harve.   The next day was spent waiting in a dockside shed before entraining in cattle trucks and being shunted about the French railway system for a day and night.   Their final destination was Pas de Calais, where they were billeted in a small village in barns sleeping on straw with lots of huge rats for company.   The main task of the Company was to construct an airfield for the RAF and build a branch line and sidings to the airfield from the main line which was about half a mile away.

1940:   Hostilities had not yet commenced and it became known as the ‘phoney war’.   Work was carried out every day on the construction of the airfield and building its defences.   After work each day all the men returned to the field cookhouse, located in the village, for the evening meal.   Further training was provided on different weapons including the Lewis gun.   When the German forces started their blitz into Belgium and France they moved so fast that within a few days my father’s Company received orders to sabotage the work they had done and retreat to a defensive line on a canal over which 7 bridges had already been mined by a regular army Field Company of Royal Engineers.   They had been sent forward as infantry reinforcements to a Guards battalion which had suffered a lot of casualties.   The most important of the bridges was where a major road crossed the canal and over which the Belgium army, consisting of hundreds of horse-drawn vehicles, used in their retreat from the front.    A few men from my father’s Section under command of the Sergeant Major were detailed to blow up this bridge to delay the enemy’s advance as soon as the bulk of the Belgium army had passed over it.

The following is an extract from my father’s book.

“The canal and it’s embankments were several feet higher than the surrounding countryside at this point, so the road climbed towards the bridge over the canal, and consequently we had a good view of half a mile or so of the approach road.   We spent two anxious days and nights waiting during which we were not at all inspired by the dejected appearance of the retreating Belgium troops.   Nevertheless, we were all keyed up and the sergeant major proved to be a first class professional soldier, remaining very cool, calm, and full of confidence.   His mere presence kept our morale very high.   What we thought might be the last of the Belgiums passed over the bridge and a great quietness settled on the countryside.    However, the sergeant major decided to wait a little while in case there were any stragglers.   Then in the distance we heard the sound of tracked vehicles which proved to be a lightly armoured column of half-track infantry-carrying vehicles, led by armoured cars.   We were well camouflaged and in the deserted countryside the enemy must have assumed that in the panic of the Belgium retreat the bridge had been left intact.   The sergeant major remained extremely cool as we watched their approach to the bridge and it became obvious that he intended to do something more than just blow up the bridge.   He waited until the first two armoured cars were on it and blew them up with it.

A certain amount of confusion was immediately apparent in the following half-tracks, and we took advantage of this to make our getaway in two civilian cars we had commandeered and hidden in a dry culvert below the high embankment of the canal.   The blowing up of our bridge was the signal for the remainder of the bridges entrusted to our Company to be blown, and this was carried out without any casualties.   When we rejoined the Company we were split into small groups demolishing vehicles, equipment, installations etc. which could have been useful to the enemy.   For a few days we had had very little food when we came upon a deserted goods train containing NAAFI stores and mail which was already being pilfered by hungry troops.   We had a bean feast of sorts ourselves before making an attempt to damage the train as much as we could.

Our group eventually reached the coast where most of our Company had assembled in the brick-drying sheds of a large brick-works outside the port of Dunkirk awaiting orders to move into the port for embarkation.   From this point we watched the non-stop bombing of the port and the ships in the harbour by the Luftwaffe.    This became so intense that GHQ decided that evacuation through the port would have to cease.   As darkness fell on our third evening we set off on a forced march along the coast road through the night, and reached the beaches at La Panne as dawn was breaking to find them to be covered with thousands of troops waiting their turn to be taken out to the armada of all kinds of vessels lying off-shore.

As Royal Engineers we were immediately given the task of utilising large vehicles to create make-shift jetties over which the wounded could be carried to small boats which transported them to the larger vessels lying off-shore.   These activities continued, but within a couple of hours the enemy realised that the main evacuation had switched  from the port to the beaches, and they then also switched their bombing and straffing attacks to the beaches and the shipping.    I remember well the very sunny weather and extremely calm seas during those few days which enabled so many of us to escape back to England.    Eventually it was our turn to leave.    We had to wade out up to our necks to climb aboard a French naval pinnace, and it was whilst we were in the water that we were dive-bombed by a Stuka.   He dropped his bomb close enough to send a very frightening and unpleasant shock-wave through the water which made my body feel that it was being compressed.    None of our party was hurt, but the shock caused me to lose my hair during the next month.   I was bald at the age of 24.   The pinnace took us into deeper water to a large paddle steamer which in turn took us further out to sea where we had to jump from its deck to the deck of HMS Calcutta, a very fast anti-aircraft cruiser which had come straight from the Narvic debacle, and which then took us into Sheerness in a very short time.   (HMS Calcutta was a Light cruiser of the Carlisle class.   She evacuated 656 troops on the night of 27/28 May, 1940 and a further 1,200 on the night of 28/29th May – including my father.)

Compared to the pandemonium we had left of the beaches only an hour or so before, the organisation of the reception and handling of the evacuated forces was extremely efficient, both by professional people and the many volunteers.    We were greeted with bowls of rich Irish stew which many of us could not do justice to because owing to the lack of food for some time it was too rich and heavy for our stomachs, even though we felt hungry.   Some of the men were suffering from too much stress to be interested in food and they were cared for by people trained for this type of problem.   We were then entrained in special trains for unknown destinations.   Our train halted at a station south of London where we were served tea and sandwiches, and each of us was provided with a pre-printed card stating that we had arrived safely in UK.   We had to address it to our next-of-kin and they were then collected to be posted.    I thought that this was a great piece of organisation and it certainly raised the spirits of everyone.”

Throughout his life my father never spoke about his time on the beaches at La Panne.   But now having read the different articles, and reading the many letters printed in the Daily Mail, as well as watching the recent television programmes about ‘Operation Dynamo’  I can understand why.