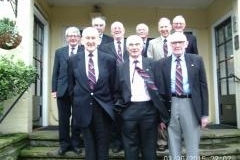 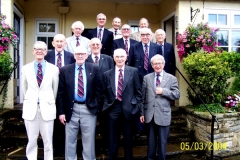 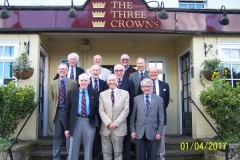 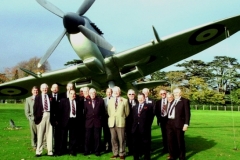 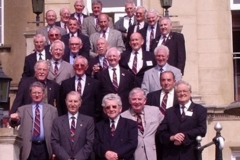 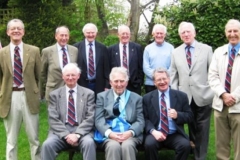 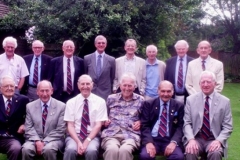 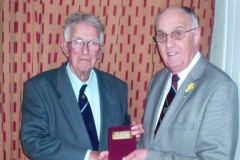 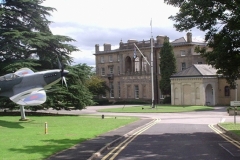 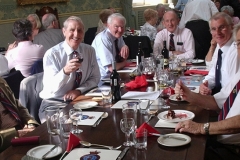 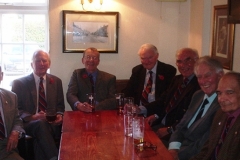 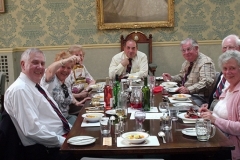 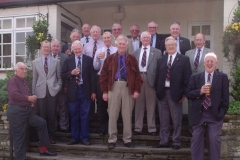 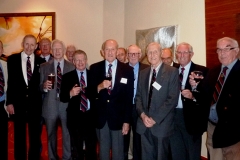 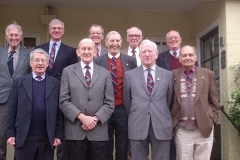 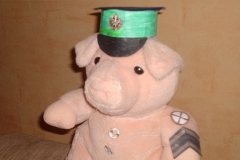 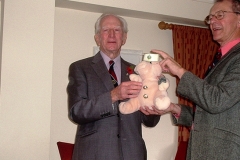 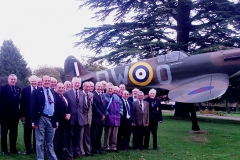 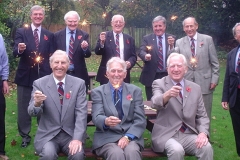 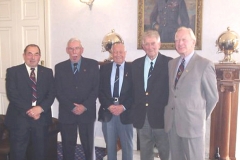 The SW Herts Flight met on 6 August 22, at the usual venue of the Three Crowns, Bushey Heath. This is our 20th year of reunions, starting with four of us brought together by the late Trevor Moore (15th) at the Watford Wetherspoons, before migrating briefly to the Officers’ mess at Bentley Priory and then down the road to our long time very welcoming hosts. Present in the picture on an evidently hot day are the regulars:
George Masson (29th), Phil Gough (31st), Terry Waine (35th), David Marshall (24th) and Peter Ralph (46th). John Forshaw (20th) also with us but left early. Apology from Tony Parsons (19th) who was at the Halton centenary bash. 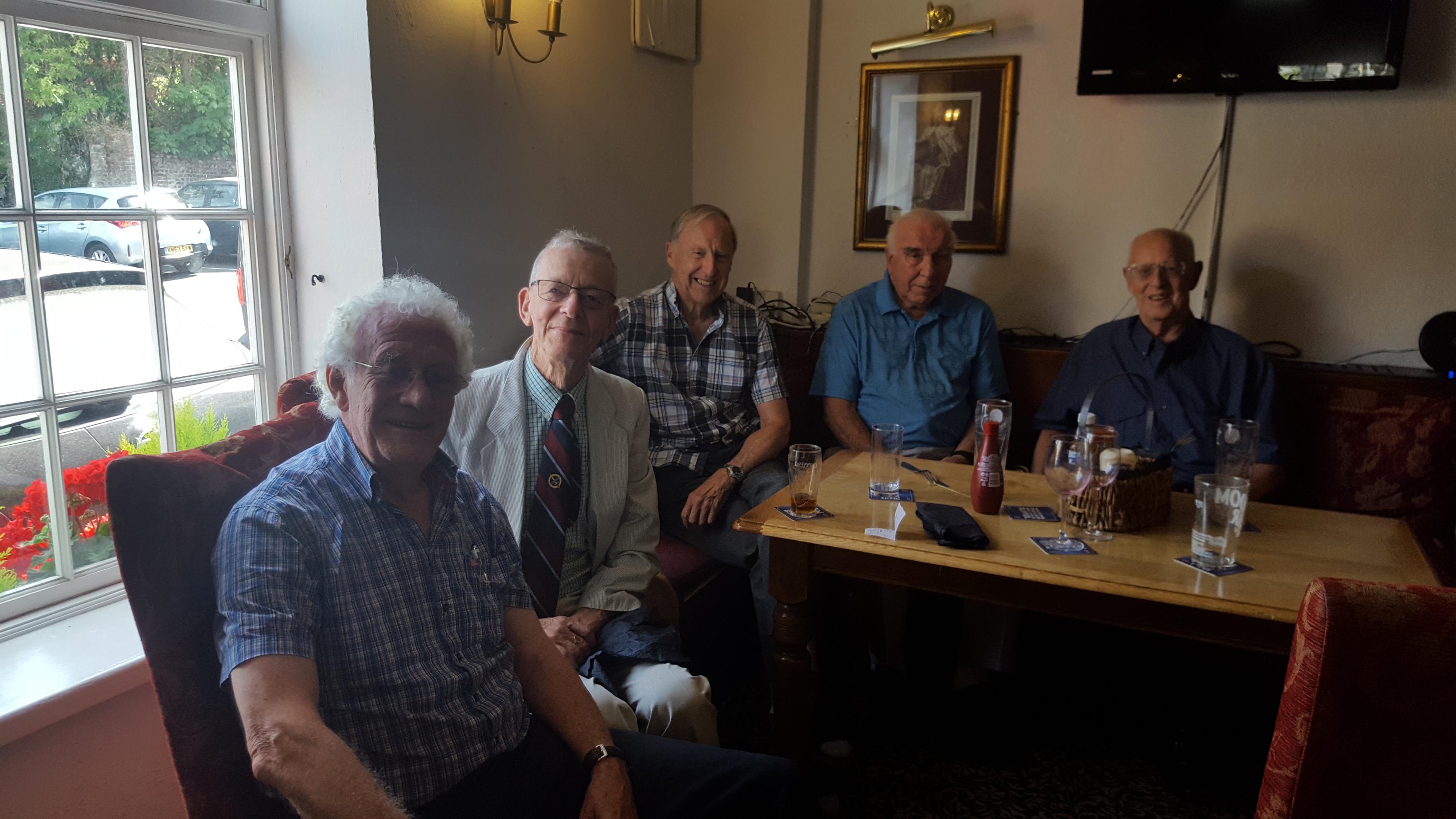 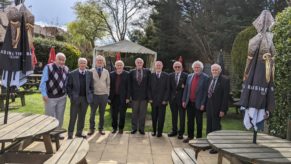 Our Herts reunion group met on April 2nd at the customary venue of the Three Crowns at Bushey Heath, WD23. Eight of  us met for lunch, natter and inevitable photo, arresting a slow decline in the turnout in recent years.  We were pleased to welcome David Ainsworth (304th) our first 300 series ex-Apprentice for some time.  We agreed to look into the possibility of a visit to RAF Northolt later in the year.  An invitation to Association members will be extended if there is a positive response from the OC.   L to R: David Marshall (23rd), Peter Moir (17th), Phil Gough (31st), Peter Forster (29th), David Ainsworth (304th), Peter Ralph (46th), Ron Anders (29th), George Masson (29th), Tony Parsons (19th). Apologies from Derek Hobden (19th), John Forshaw (20th) and Noel Hayes (31st).  Sorry to hear from Derek that he will unlikely be able to attend again due to poor health. 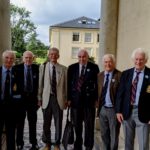 The SW Herts group of the Association had a variation on the routine of our reunions on 11 September 2021 when we made a trip to the Bentley Priory Museum at Stanmore.  We were welcomed by volunteer guides Clive and Steve and given a tour of the exhibits and the reconstructed Filter and Ops room.  Our last visit in 2013 was led by the late  messrs Haydn Illingworth (21st) and Trevor Moore (15th).  We thought that the story of the Battle had been brilliantly brought together and was coherent and absorbing.  We were cheered by the fine job made of preserving the landscaping of the setting of the Priory in no way spoiled by the housing development nearby.   It was then a short drive to our usual venue the Three Crowns in Bushey Heath for an enjoyable lunch and natter. 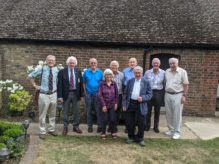 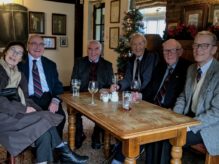 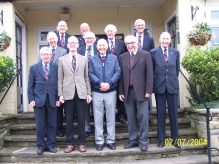