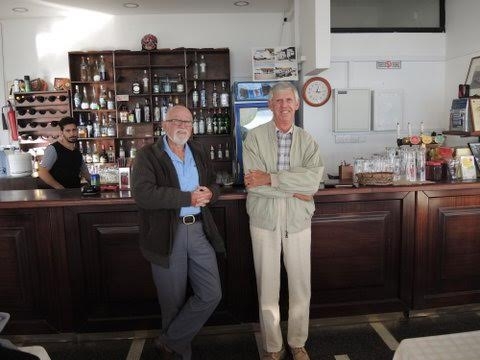 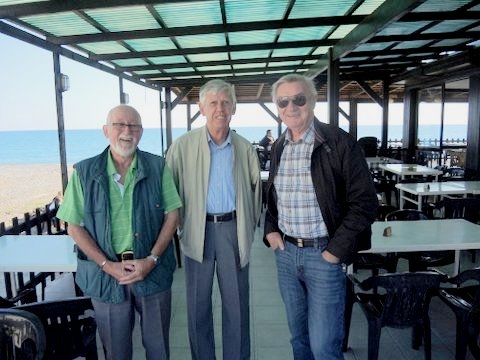 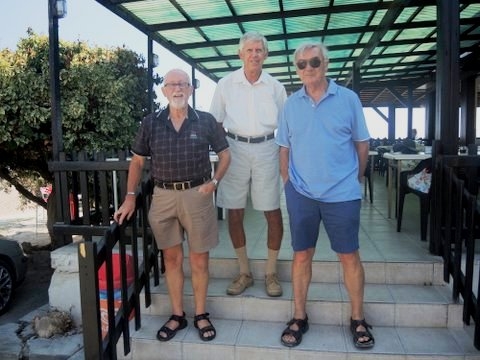 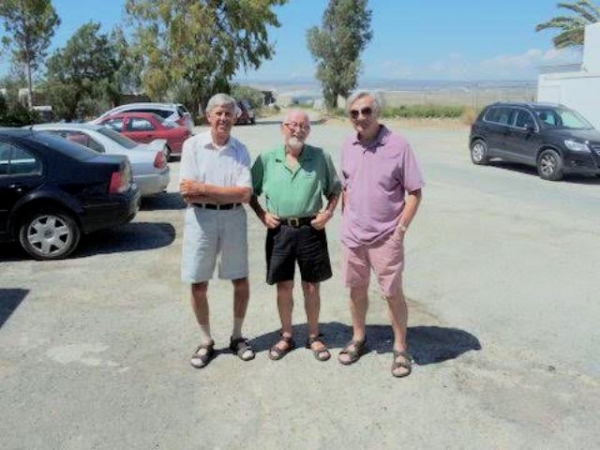 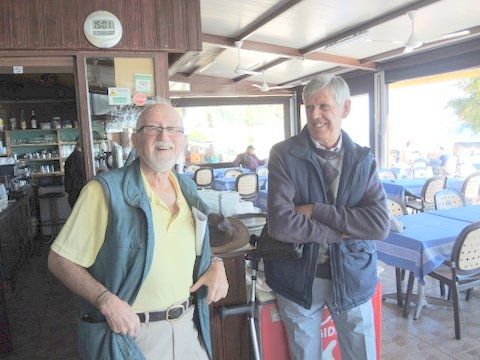 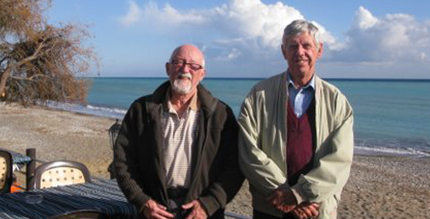 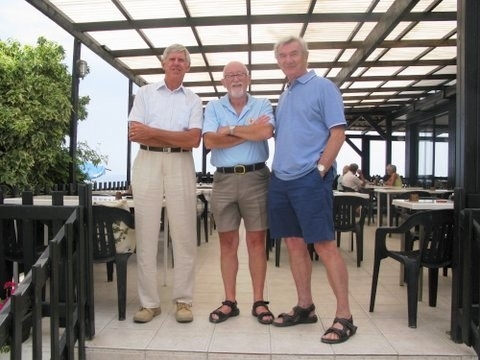 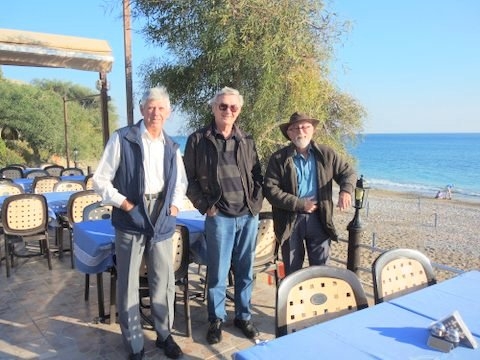 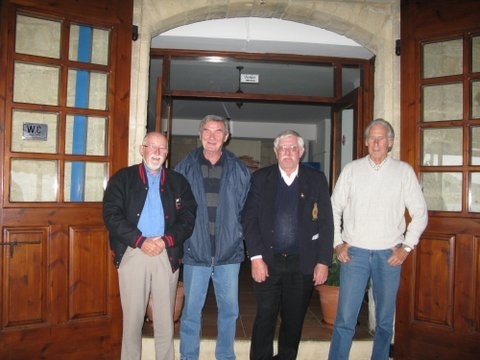 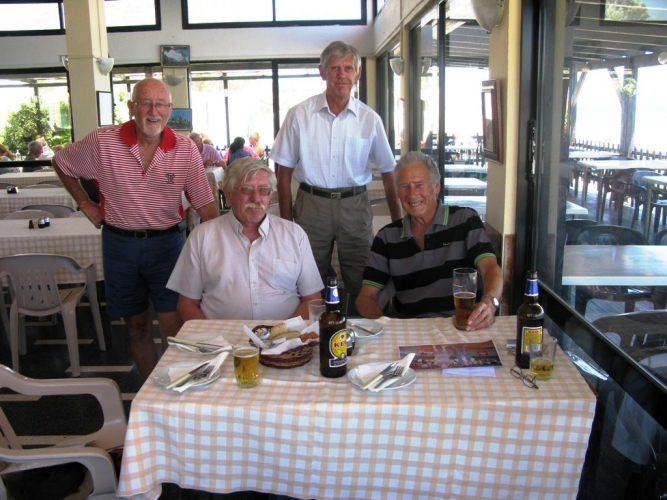 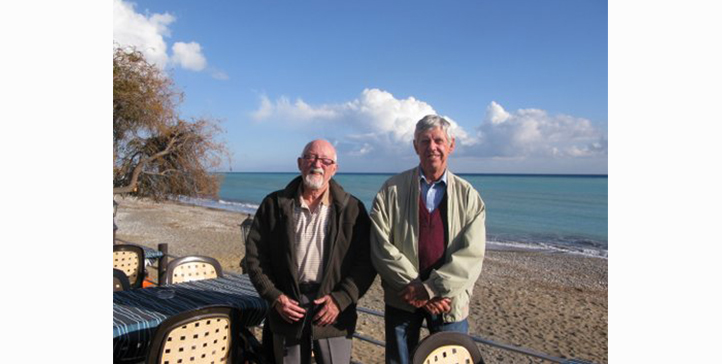 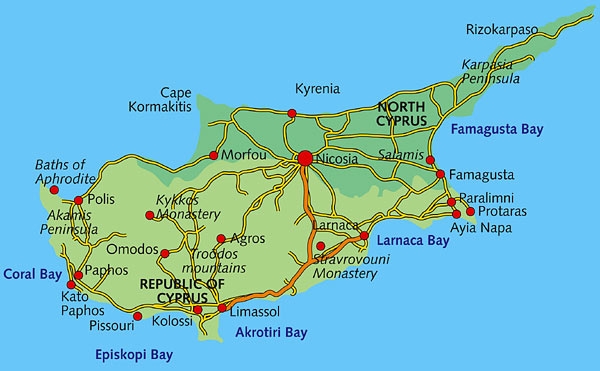 The two remaining members of he Cyprus Group managed to meet at our favourite spot : The Kyrenia Beach Restaurant, Avdimou Bay on Wednesday 15th May. It was a splendid day with little or no wind to disturb the sand so there were a number of people lying about on the beach. Not so many swimming as the water temperature is not that great just yet.
Our first meeting in nearly two years took place just 10 days after the Cyprus emergency lockdown of two weeks and the freedom was greatly appreciated by all the other patrons of this popular watering hole as well as the two of us.
Masks are still being worn whilst moving about but not required at the table.
Ben and I had a great time just enjoying the sheer pleasure of being out and about again and even the fact of the local police having lunch two tables away couldn’t take away the joy of being out of the house and mixing with other people again.
We enjoyed a good lunch and a beer/wine to wash it down. It seemed sensible to not have too much to drink owing to the presence of the law.

The usual things were talked about and we intend to meet up again probably in September after the main heat of the summer has died down. 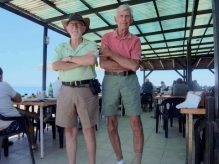 The embers of the Cyprus Group are still faintly flickering.

It was a fine day without the usual strong winds and there were a lot of folk on the beach or just lounging around in the beach restaurant.

The Cyprus Group held their second meeting of 2017 on Monday 8th May 2017 at the Kyrenia Beach Restaurant on Avdimou Beach. This meeting was pulled forward by a month to accommodate 4 members of the 29th who were visiting Cyprus on a mini reunion.

The weather was good and the wind speed was acceptable so we had the pick of the seats on the main verandah to enjoy a couple of beers and a good lunch. There was plenty of conversation and, because of the visitors, we got out of our normal rut and enjoyed talking of a variety of different experiences. Everybody seemed to gel well and the chatter never stopped until it became time to leave. We, of the Cyprus Group thoroughly enjoyed our visitors company and I, as an ex-member of the 29th, probably enjoyed the event more than Ben Casey and Dave Pyant. As I’ve said before, we would welcome any ex-app who is passing through Cyprus and would fancy a couple of hours chit-chat in a very nice location.

Our next meeting will be at the same venue on Monday 4th September at the usual time of 1230 – 1300 and anyone is welcome.

The Cyprus Group held it’s third meeting of the year on Monday 4th September 2017 at The Kyrenia Restaurant on Avdimou Beach. It was a fine day with just a light breeze and we welcomed Sandie, the wife of Ben Casey on this occasion. She certainly added a new dimension to the afternoon conversation and it made a pleasant change on a day which did have a touch of sadness about it. The Cyprus Group are dwindling again as Dave Pyant has left the island to return to Sussex which leaves only Ben and myself to carry on. Dave and his wife, Pam left us last Wednesday 6th September and we that are left in Paradise wish them both ” All the best ” in sunny Sussex. I believe they are planning to attend the AGM at Swindon next year so I’ll probably catch up with them both there.

I enclose the usual photo to enhance the rogues gallery

Just a short line to advise about the future of the Cyprus Group.

Ben Casey and myself, who are the two remaining ex-apps known to be on the island of Cyprus, met at our regular rendezvous at Avdimou Beach on Monday 23rd April for a couple of beers and a yarn or two.

Ben was accompanied by his wife Sandie and we enjoyed a couple of hours of chit-chat and the usual sorting out of the world’s problems.

We came to the conclusion that we would keep in touch and meet from time to time but not hold regular meetings because of the shortage of members.

We also reckoned that if anyone is passing through Cyprus and would like to meet ex-apps who live here we would still be pleased to meet them but they would need to contact me with dates and then I would advise Ben and then we could fix a meeting at a convenient venue.

Dave Pyant is passing through here on holiday in June and e-mailed me with his dates and I will be delighted to see him again but Ben and his wife will be away at the time Dave has suggested. I will drop a note after that meeting along with a photograph to let you see how fit we still are.

The weather at Avdimou on the day was pleasant but there was still a bite to the strong wind so we stayed inside and looked out of the windows and admired the sand passing by.

I attach a photo just to remind everyone just what we look like these days. 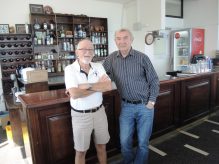 The Cyprus Group may not be flourishing but it is still alive…just!

Dave Pyant, a former regular member of the group, was out here on holiday and contacted me with a view to joining Ben Casey and myself at Avdimou Beach for a beer or two. Unfortunately Ben was away so it fell to the two of us to wile away the lunch break together at our favourite meeting place. Conversation was good and covered a lot of ground including the shock of Dave’s re-introduction to life in the UK.

Just form a change there wasn’t a strong wind blowing so we were out on the verandah enjoying the sun from the shade. The people on the beach were enjoying not being sandpapered by flying sand.

Dave returns to UK next week but Ben and I will keep in touch. Our meetings will not be regimented as before so if anyone is passing through Cyprus and they give me a call we can arrange to meet them.

I enclose the usual photo.