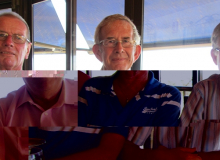 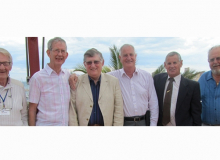 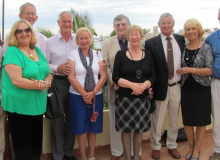 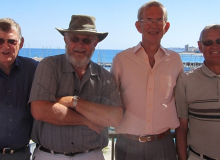 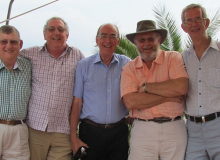 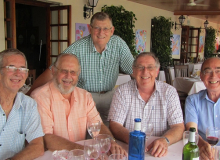 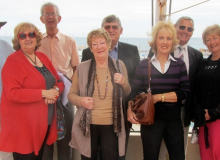 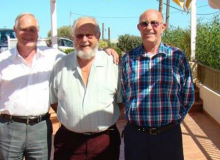 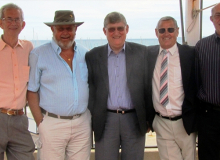 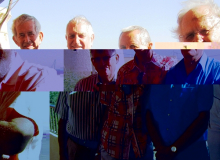 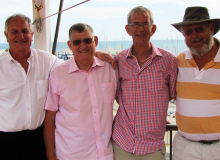 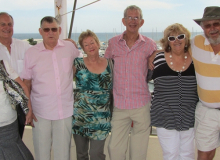 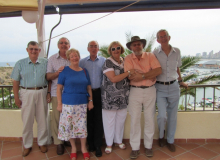 Report Of The Meeting Held On 5th April 2016 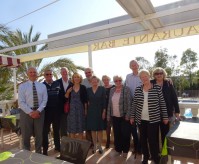 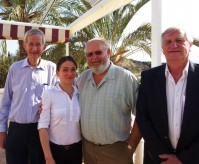 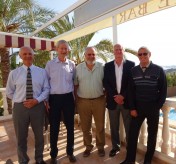 The Costa Blanca Branch of the Administrative Apprentices Association attended a luncheon on Monday 14 March at El Campello, north of Alicante.  We were a party of eleven, including three guests, Syd Avery, Alan and Judy Bacon, Barbara Carroll, Bill and Pauline Laverick and David and Sue Squires.  Our guests were David and Sandy Barnes from RAFA Torrevieja and my own Aunt Edwina, a spritely 87 year old, who has attended several previous lunches and loves the company and the conversation.

We got off to an inauspicious start because, although the restaurant, La Cova, had accepted and confirmed Syd´s booking, we arrived to be confronted by a notice stating ¨Cerrado a Lunes¨or Closed on Mondays.  Further consternation when we discovered ALL restaurants are closed on Monday in El Campello!  Barbara came to the rescue when she phoned friends who organised our lunch at Mim`s, a restaurant only ten minutes more up N332.  The food, wine and service were all excellent, so good in fact that we are thinking of making it our future venue.

The conversation was animated, especially between David and Sandy and Alan and Judy, who were reunited after 30 years, a meeting arranged by yours truly without Alan and Judy being privy to it.

We ended our afternoon on a `poignant note when claiming the privilege of senior entry, Bill made a short speech about Frank Carroll, our friend and founder member.  I knew Frank for 50 years and he was someone special, always warm hearted and friendly, never had a bad word about anyone and possessed of that droll sense of humour peculiar to those of Liverpool.  Although Frank was born in Zimbabwe, his Dad, a  Ch/Tech was Liverpool born and bred and Frank reflected his roots.  Frank went through the ranks to WO and in 1984, which was our last meeting in the service, he went to Cranwell to be commissioned, later retiring as a S/Ldr and I went to 431 MU Bruggen for my last tour.  Barbara has received many tributes from men and women who Frank helped and encouraged throughout his long careerer  Our affection and sympathy goes to Barbara, who is leaving Spain in April and retiring to Cherwell, and all our good wishes go with her.

Frank, you were one of a kind.  Everyone who knew you liked you, and your friends loved you and will always remember you.  God Bless you mate, it was truly a privilege to know you. Bill Laverick 30th