The FORTY SECOND Entry was attested at RAF Halton on 9/10 January 1961 and proceeded to the Administrative Apprentice Training School RAF Bircham Newton where training was undertaken in the trades of Pay Accounting, Clerk Secretarial and Supply until 31 July 1962. 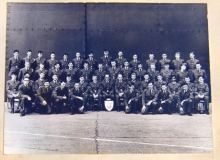 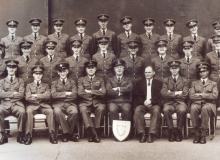 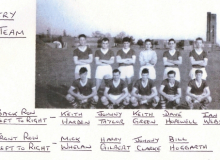 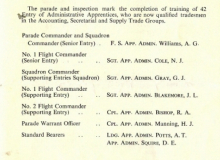 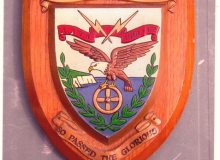 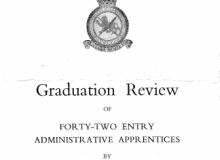 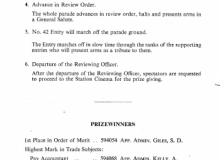 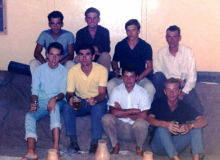 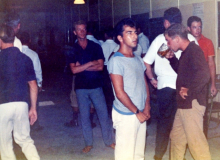 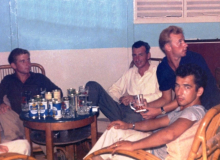 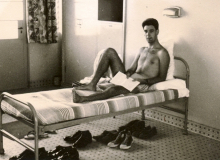 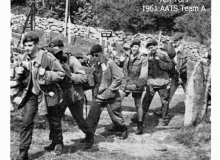 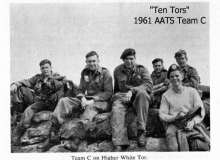 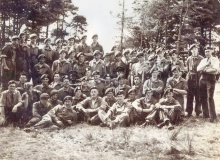 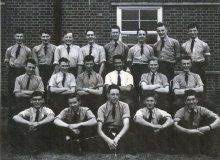 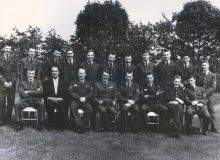 Des died on 23rd July 2011, after a long illness. I first met him in January 1961 when the 42nd Entry arrived at Bircham Newton; although, being 40th Entry I didn’t really get to know him until much later/ He was born in Northern Ireland into a military family. His father was a major in the South Wales Borderers and his great grandfather Private Fredrick Hitch won the VC at the defence of Rourke’s Drift. Along with his father, mother, three brothers and a sister he did tours in Germany, Singapore, Hong Kong and Towyn in Wales. There he met his great friend Mike Hopkins (42nd), whose father was an officer in the Queens Surrey Regt. For some reason the two of them decided to join the RAF as Administrative Apprentices. After graduation as J/T, Des was posted to RAF Tengah, there he was soon joined by Mike Hopkins, now also a J/T. In early December 1962 the Brunei revolution broke out. They were both in the ‘Astra’ when supply SNCO’s came looking for Suppliers to accompany the Squadron detachments to North Borneo. Des was lucky, Mike was in the aisle seat. Mike was awarded one of the few GSM ‘Borneo’ after the revolt was crushed. I arrived in Tengah in June 1963 and was billeted in ‘Ward’ block, a new building with 4 to a room. The other occupants were Des, Mike and ‘Postie’ (the Postal Clerk) It wasn’t long before we three were known as the ‘Three Musketeers’ or the ‘Law Firm’ – Hitch, Hopkins and Hamill. The escalating trouble between Indonesia and Malaysia seemed distant; Singapore was an excellent posting. The city was 30 minutes away by cheap taxi. We took full advantage of the air-conditioned luxuries there can’t have been many better places for three young men!
Sports facilities at Tengah were excellent; Des excelled at both swimming and rugby, and managed to avoid injury. The ‘Indonesian confrontation’ got more serious and detachments from Tengah were sent to Labuan and Kuching together with Suppliers on 5 weekly intervals. We had the rough with the smooth each having to do detachments. All good things come to an end and back we went to the UK, Mike to Newton, Des to Tangmere and me – ‘Stalag 16′ (Stafford). As happens we lost touch, although he did turn up at my wedding in 1967 – on the pillion of a friend’s motor bike. In 1970 my RAF career ended and I got a job with Airworks at the Royal Saudi Air Force Base at Riyadh. In October 1973 who should walk into the small library I ran but Des! We enjoyed our time in Saudi, I could write a book about our ‘adventures’ Des used to return to the UK, where he stayed with his old friends Jeff and Sally Daniels. I accompanied him on one of these visits. The first evening he insisted we went to the Commodore Hotel. He liked the barmaid! She was Janet and became his partner and they remained together in a deep and loving relationship for the next 36 years. Des moved jobs from Riyadh to Ras Tanora on the Gulf. Facilities there weren’t good and when he eventually returned for good in 1976 he looked thin and exhausted, that job had taken its toll on him. During this time we had bought houses fairly close to each other and we used to meet at least twice a week to enjoy our squash, swimming etc. He was my best man when I married my second wife, Patti and he and Janet became our children’s’ godparents. Just before his 39th birthday it was discovered that he had a serious heart complaint. Squash was off the menu but we still went out every week for the next 25 years. Patti and I moved to Sherborne in 2008 Des and I kept in touch by phone and I was able to take him to a couple of reunions, which he really enjoyed. I spoke to him less than 2 weeks before he went into hospital for the last time and he maintained his sense of humour to the end. A celebration of his life was arranged by Janet at Poole Crematorium her eulogy in praise of Dennis, which was read by the padre, was inspired and moving. He could not have had a better epitaph. I will miss him; we will all miss him. 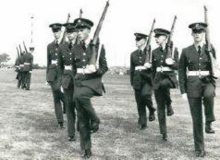 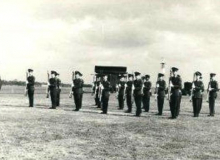 Have You Any Photographs Or Other Memories Of the 42nd Entry RAF Administrative Apprentices? If So You Can E-Mail Them To:
administrator@rafadappassn.org