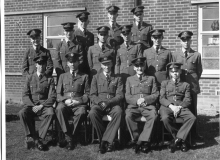 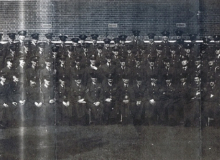 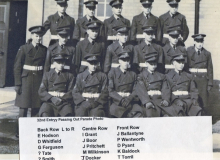 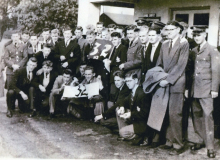 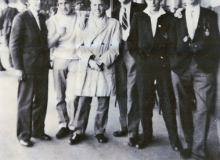 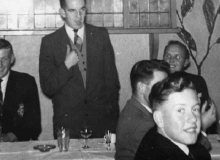 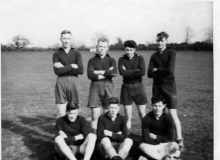 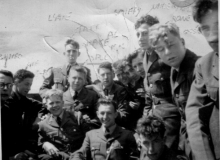 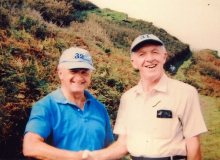 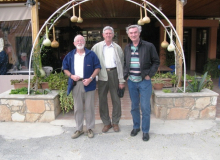 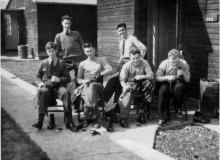 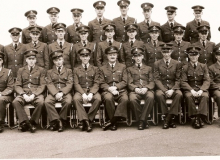 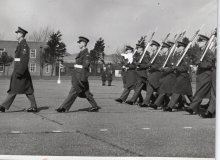 When I arrived at Bircham Newton in January 1959 Denis was a Leading Apprentice in the senior entry. I never knew him as friend just as a member of the senior entry. I seem to remember he was a good footballer. Other than that he was always fair and pleasant to the junior entry of which I was part. At the end of our first term Denis left as the 32nd entry passed out from Bircham and I got on with my life. I dont suppose that his name came into my mind again over the next seven years.

However in October 1967 I was posted from RAF Brize Norton to 389 Maintenance Unit, RAF Seletar in Singapore. Arriving into Changi late in the evening one of my old 36th entry colleagues, Tony Ferrison, was on Movements to see us off the VC10. In conversation he said that Bryn Davies of our entry had arrived the previous week and that Denis Eckersley had also arrived both being posted to 389 MU. Also Bessie Craddock of the 34th was on the MU. A few weeks after I arrived and had got to know Denis, this time as colleague and friend, and we embarked on a mission.
A Chief Tech from 390 MU returning home to UK had left a boat moored off the Seletar jetty. It had been in the water a long time and was leaking. The boat was plank built and had a cabin and an outboard Yamaha engine which was also the worst for wear spluttering and coughing and pretty rough. Den had the owner traced and I think from memory we, that is Den, Bryn and myself, or though it may just have been Den, became the owners of a dilapidated green boat. Denis either through the camp library or perhaps he bought it, acquired a book on caulking. This was Denis Eckersleys project. Bryn and I were followers. So we taught ourselves to caulk boats. That is driving thick coarse string in between the planks with a hammer and flat chisel and then injecting tar into the plank overlaps on top of the string. This makes the boat completely waterproof. We spent the next few months, with Denis as the foreman, every afternoon after work, working on the boat. Bruised hands and battered fingers and a task we thought would never end. We even had a few planks to remake and fit. Good skill sets for a bunch of logisticians. When the caulking was complete we re-painted the boat green and its cabin white. The engine we had repaired but it never was very reliable. We had a few trips out for fishing and visiting island of Palau Ubin. There was a very beautiful girl named Doreen Olivira who worked in 389 MU Headquarters near the jetty and one lunch time to impress her I took her out in the boat. We got mid channel between Singapore and the Malaysia and the engine packed up. I must have pulled the engine starting cord a couple of hundred time before I gave up, perspiring and aching of the arm, and after a little while of drifting we got a tow back to the Seletar. Not all was lost because Doreen thought it was quite an adventure. I sure Denis was on an accompanied tour at Seletar but I dont think I ever met his wife. I think from memory he returned the UK in 1969. We had closed 389 MU as part of the withdrawal from the Far East and I followed home in March 1970.

I rarely get emotional about the people and events I read from my apprentice and adult service days however when I read that Denis had passed away I got a lump in my throat We were friends but not close and apart from the boat our interests lay in different directions. I was single in Singapore and had no real responsibilities and my life revolved around fishing, drinking and if I was fortunate the occasional girl friend. Nevertheless my time in Singapore, along with the refurbishing of the boat , the friendships I made with Denis and Bryn and many others are vivid memories in my life
Mike McCrow (36th Entry)

Have You Any Photographs Or Other Memories Of the 32nd Entry RAF Administrative Apprentices? If So You Can E-Mail Them To:
administrator@rafadappassn.org