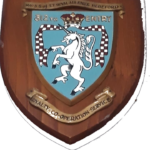 The THREE HUNDRED AND TWELTH Entry was attested in May 1968. Training in the trades of Clerk Secretarial and Supplier was undertaken at RAF Hereford and Medical Secretarial at RAF Halton: The Entry passed out on 25 April 1969. 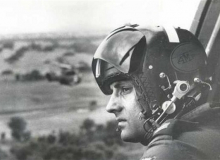 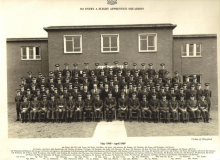 The following is an abridged version by our Chairman Bryan Schofield, of the obituary published in the Daily Telegraph Telegraph on Thursday, 24 April 2014. Alink to the full version is show below.Brian Jopling who died on March 20th 2014 aged 62, was born at Gateshead on November 16th 1951 and educated at the local grammar school. Brian joined the RAF as a Administrative Apprentice Clerk Secretarial with the 312th Entry in May 1968. His Entry colleagues describe him as a natural leader and as aconsequence he achieved FS Apprentice.After graduation Brian served in Yorkshire, Bahrain and Malta and in 1977 he started training as an air loadmaster. His first appointment was to No 33Squadron, equipped with Puma helicopters. He served on the ceasefire mission in Rhodesia before converting to the heavy-lift Chinook helicopter and joining No 18 Squadron in November 1981 at Odiham.Brian was a crewman on No 18 Squadron when he was deployed to the South Atlantic in support of Operation Corporate. During the late afternoon of May 25th 1982 he was manning an air defence machine gun on the bridge of the requisitioned merchant ship, Atlantic Conveyor, in the Falklands when the ship was attacked by two Argentine Navy Super Etendard jet fighters and hit by two Exocet missiles. A fire took hold, and the decision was taken to abandon ship. Brian was one of the last to leave the bridge. As it was enveloped in black smoke Brian donned his respirator and led several people in a chain off the bridge. On realising that, without respirators themselves, they would be choked, he found an alternative route and led them to the main deck, where they jumped into the sea and boarded a life raft. The raft was overcrowded, and he and several others were unable to board it. The sea was cold and night was falling and the raft remained attached to the ship and was being buffeted against the side. Realising the danger, Brian made his way around the raft and, despite being struckseveral times by the ship; he was able to sever the line holding the raft to the blazing hulk. Brian then organised the raft and was able to get more survivors on board. Because he was wearing his aircrew survival suit, he elected to remain in the water helping and encouraging others to hold on until he had ensured that there were no more survivors in the water he then allowed himself to be dragged, exhausted, aboard. He had been in the water for almost two hours in extremely hazardous conditions. Brian’s heroism was recognised by the award of the Queen’s Gallantry Medal (QGM). The citation for his QGM concluded: “His selfless conduct undoubtedly saved many lives.His squadron left Odiham for Gütersloh in Germany and Brian remained with the squadron for the next three years before leaving the helicopter world to join No10 Squadron, equipped with the VC 10. During his five years on the squadron his aircraft carried many VIPs, and he flew regular sorties during the Gulf war in 1991.He was commissioned in April 1995 and held a number of training and ground appointments before returning to flying duties, first on the VC 10 and then theTriStar with No 216 Squadron. He made regular resupply and trooping flights during the Afghanistan campaign. He retired as a Squadron Leader in November2006, having received the RAF Long Service and Good Conduct Medal and Bar.Having spent many years at RAF Brize Norton, Brian and his family settled at Carterton, where he carried out voluntary work for the Witney Citizens AdviceBureau and for the Royal British Legion.He was a keen runner and an avid supporter of Newcastle United.Brian married Rosemary in 1993, who survives him with their son and daughter.Click the link below for access to the full obituary published in the Daily Telegraph http://www.telegraph.co.uk/news/obituaries/10783072/Squadron-Leader-Brian-Jopling-obituary.html

Have You Any Photographs Or Other Memories Of The 312nd Entry RAF Apprentices? If So You Can
E-Mail Them To: administrator@rafadappassn.org