The THREE HUNDRED AND TENTH Entry was attested in September 1967. Training in the trades of Clerk Secretarial and Supplier was undertaken at RAF Hereford and Medical Secretarial at RAF Halton: The Entry passed out on 9 August 1968. 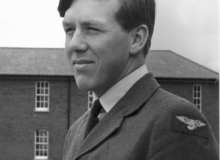 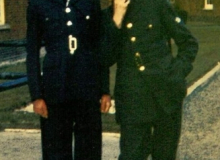 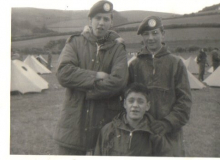 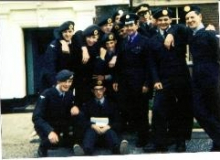 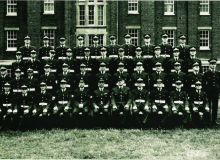 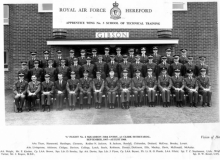 The missing Apprentices are:Peter J Merrifield (Lofty) , Michael C Clarke (Mick), David E Stone (Dave), Patrick S Reid (Paddy), Ronald A Walker (Brian), Eric MJ Warbey (Mickey) and John P Murray.Some of the above I have taken from the data set on your website because, for instance, we always thought that Mickey Warbey’s first name was Michael and now it appears that it was not. We know certain bits of information about these guys like Paddy Reid was from Edinburgh, Mickey Warbey was from Wolverhampton and John Murray was from Birmingham but that is about all the hard data we can put together from our recollections. Anything more would be a bonus and would perhaps allow us to search births deaths and marriage records and of course census records.Administrator Note: If you have any details of the whereabouts of the above please e-mail John on john.allan953@ntlworld.com 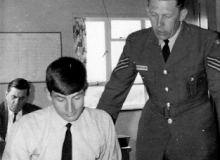 It is with much sadness that I include the passing of Squadron Leader (Rtd) Stuart Wright, who died on Sunday, 22 November 2020 in hospital in Huntly, Aberdeenshire after a long illness.

Stuart joined the Royal Air Force in September 1967 as a member of the 310th Administrative Apprentice entry at Hereford.   After graduation in August 1968 he served as a Clk Sec/P&A Clk at Odiham, Gan, Gaydon, Bicester, 28 Sqn Kai Tak, HQSTC High Wycombe, REU Henlow and HQ STC again.    In 1982 following OCTU at RAFC Cranwell Stuart was commissioned as a Fg Off Admin Sec and went on to serve at Aberporth, Brawdy, Laarbruch, Saxa Vord, Lossiemouth, Area Commander Scotland & Northern Ireland RAFCIS and finally Buchan as OC Admin from where he retired in 1999.  Following his RAF Service, Stuart together with his lovely wife Ruth ran a successful Fishery business in Aberdeenshire.    Stuart is survived by Ruth, who is a former school teacher, whom he met whilst serving at  Laarburch.

Have You Any Photographs Or Other Memories Of The 310th Entry RAF Administrative Apprentices? If So You Can E-Mail Them To:
administrator@rafadappassn.org