The THREE HUNDRED AND FIRST Entry was attested in September 1964 under a revised trade structure as a twelve month course to SAC rank level. Training in the trades of Clerk Secretarial and Supplier was undertaken at RAF Hereford and Nursing Attendant at RAF Halton: The Entry passed out on 6 August 1965. 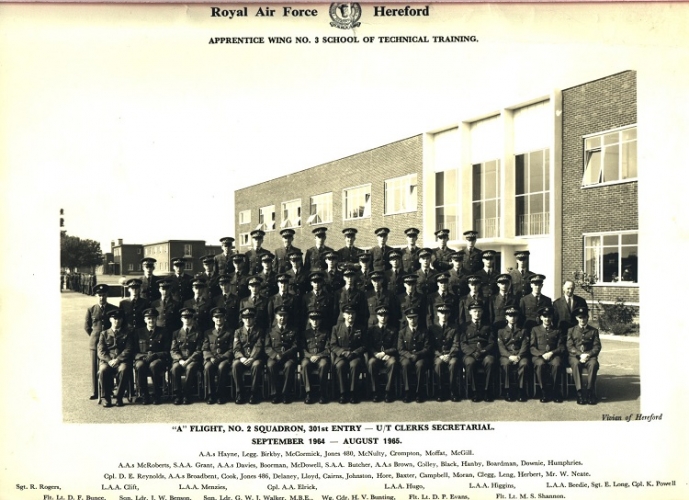 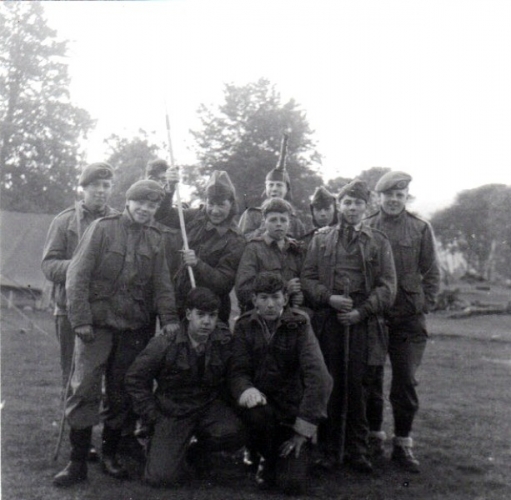 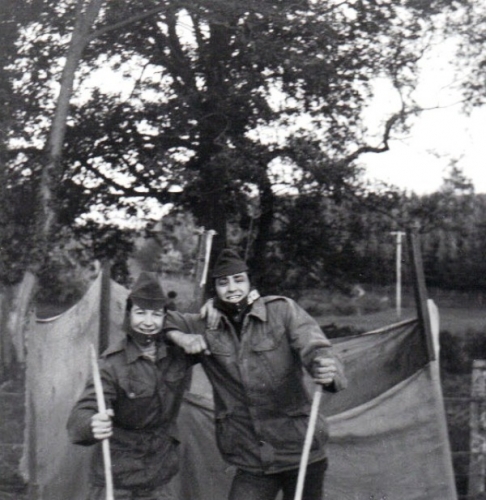 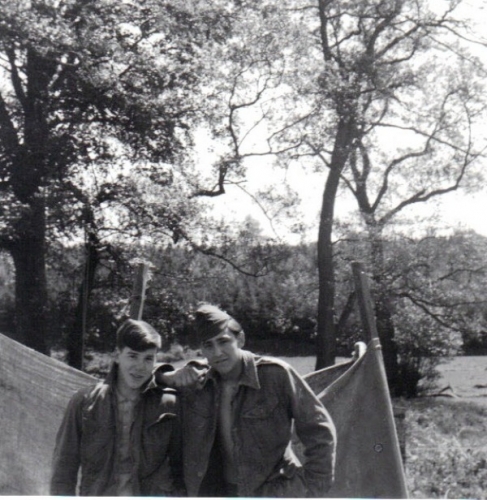 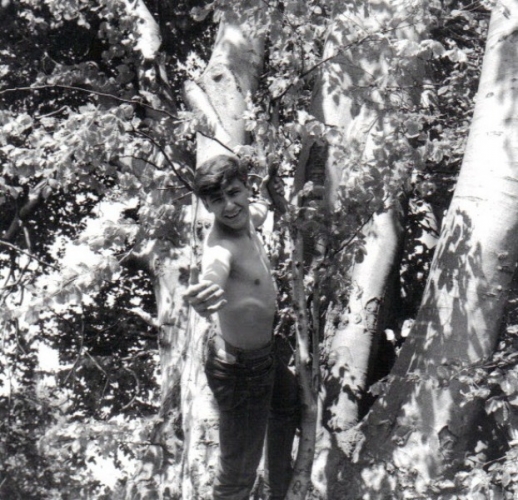 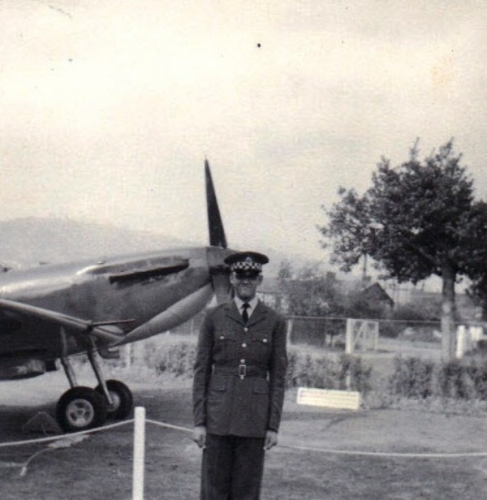 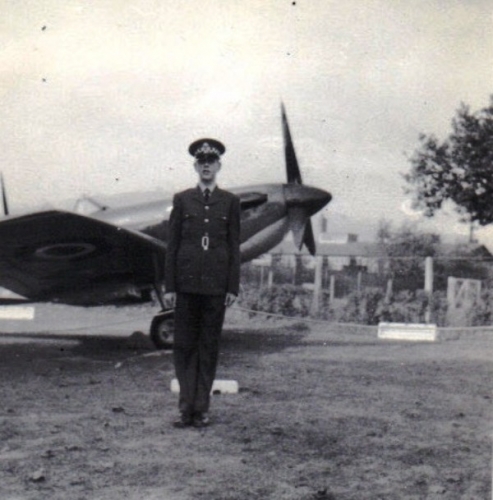 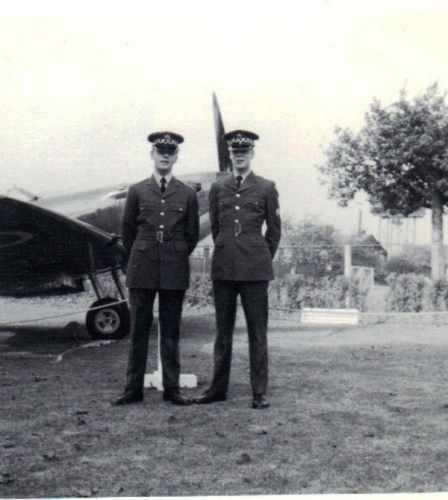 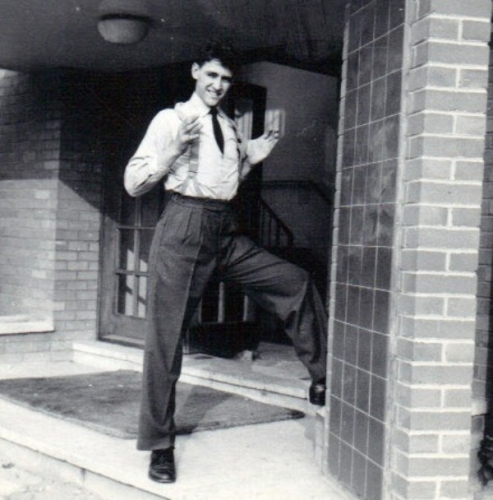 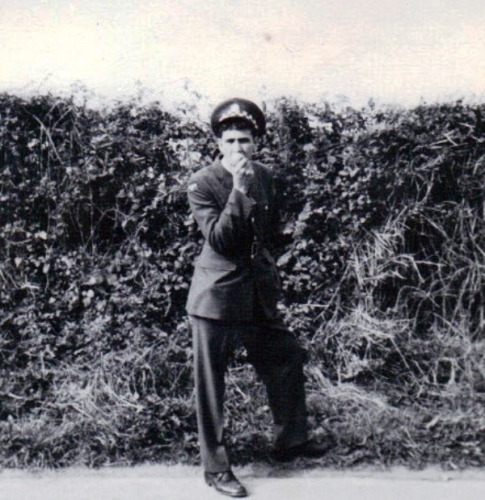 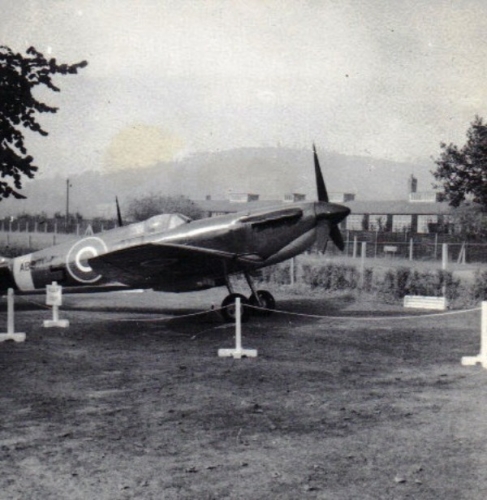 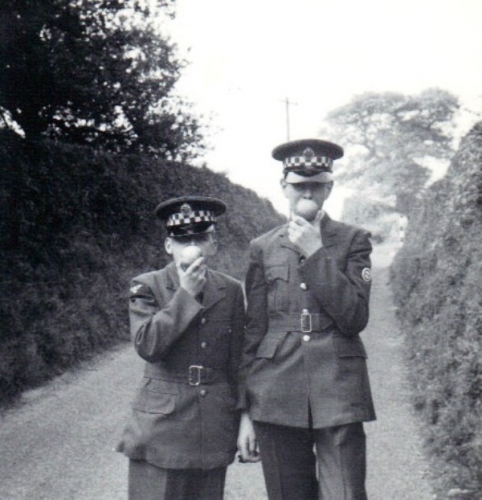 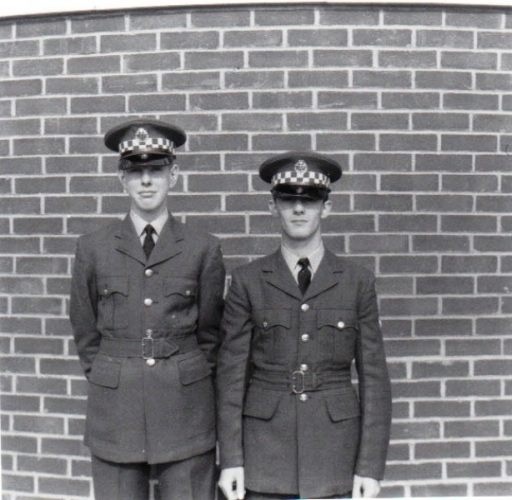 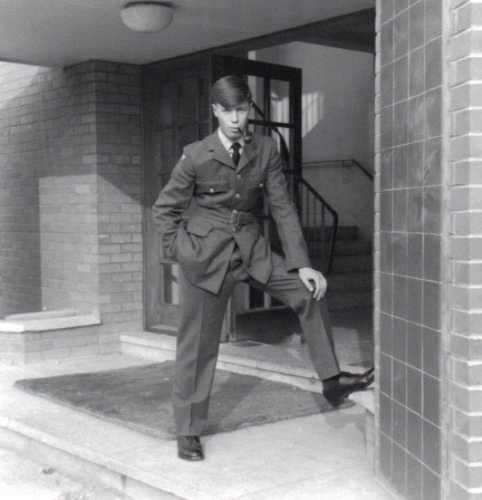 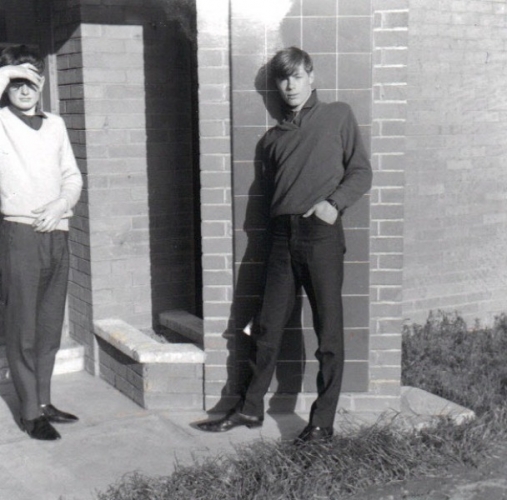 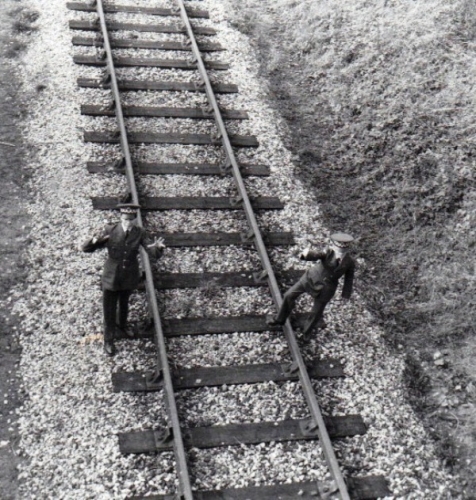 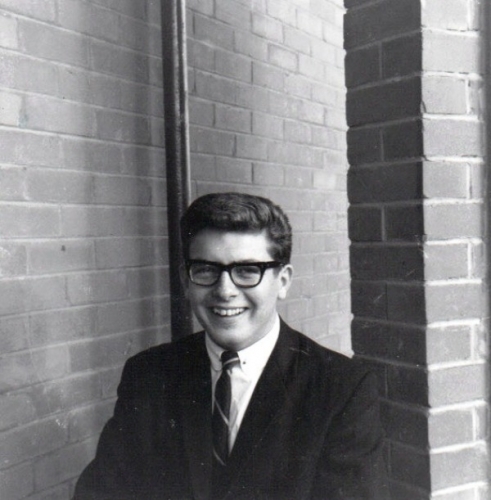 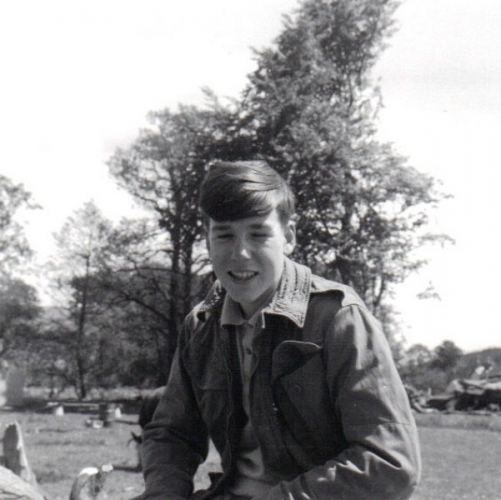 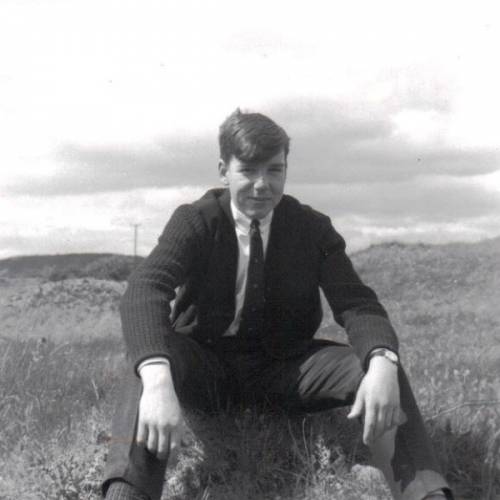 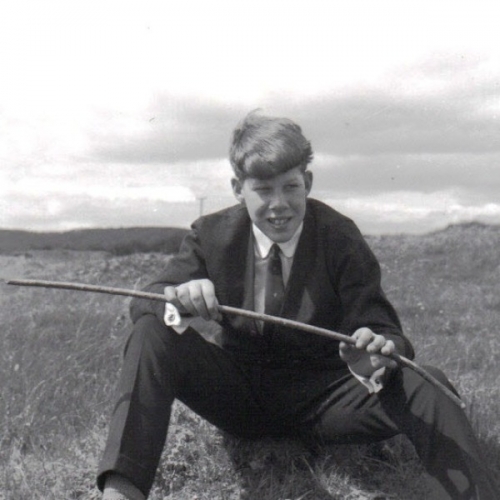 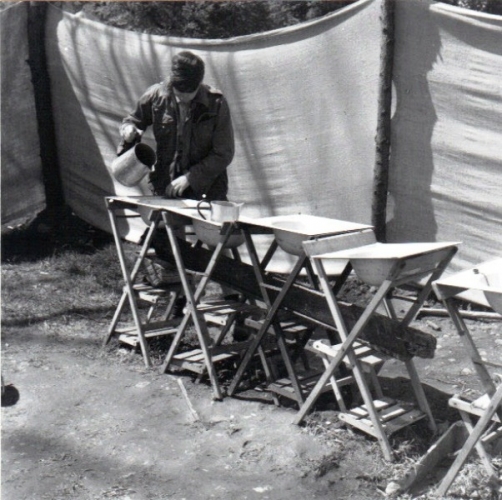 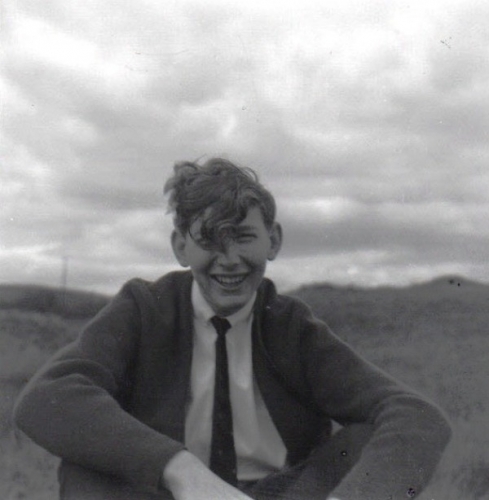 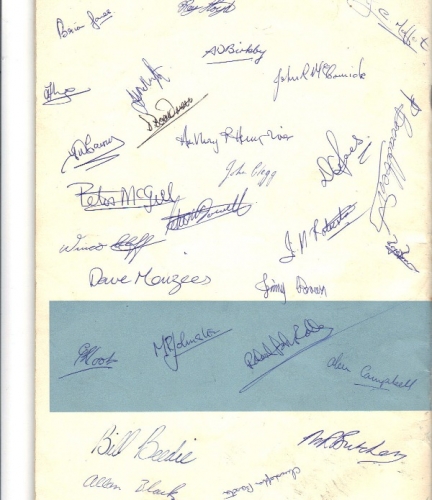 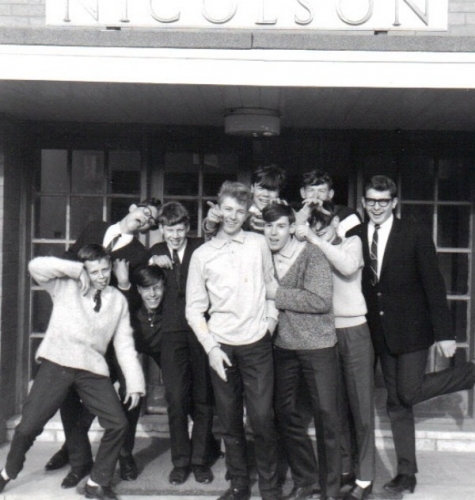 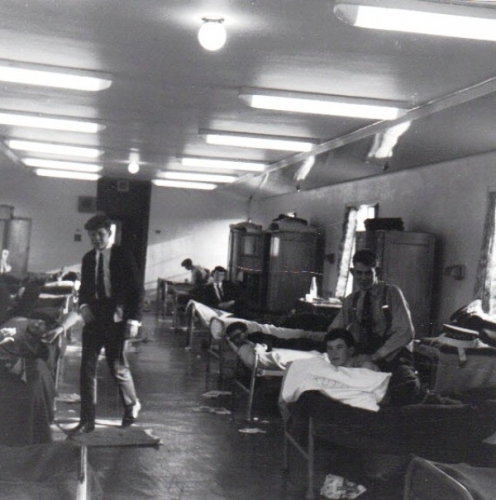 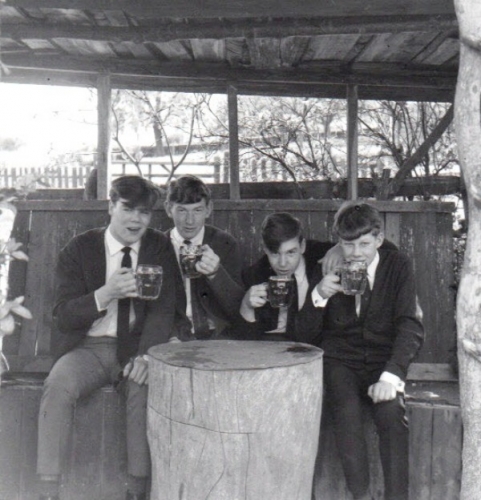 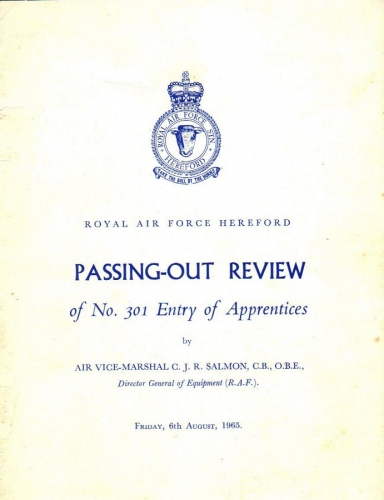 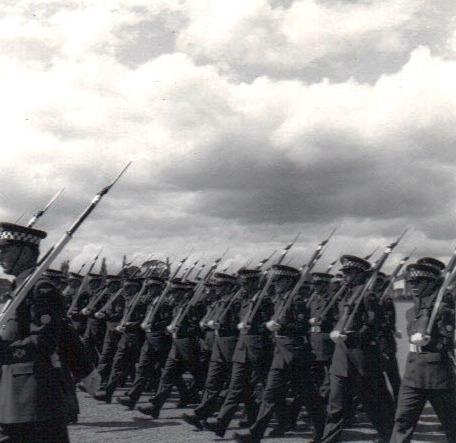 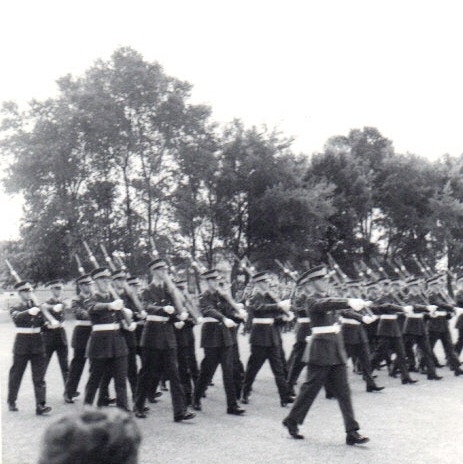 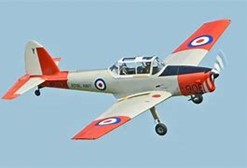 “There I was, waddling like a duck across a runway to a two-seater Chipmunk training aircraft.  I say waddling as I was strapped into a parachute that bashed against my bottom as I tried to walk.  It was 1964, I was 16 and had signed up to the RAF as an apprentice.  This was to be my first flight experience at RAF Cosford near Wolverhampton.  My pilot, a jovial middle-aged fellow, could see I was a nervous first timer, but after take-off on a beautiful day I relaxed and started to enjoy looking at the scenery.  After five minutes, he asked whether I’d like him to perform some gentle aerobatics.

‘Sure,’ I said, trying to sound manly and confident.  The Chipmunk is very light, and he flipped it over into a barrel roll.  We then manoeuvred downwards into a fast spiral descent called a falling leaf.  Finally, we soared upwards into a loop-the-loop.

‘How was that?’ he asked. ‘There’s a sick bag to the right of you should you need it.’

True, my stomach was in my mouth, but I still found this to be an enjoyable experience, never to be forgotten.

On landing, a ground crew member took me to one side.

‘I was watching the display,’ he said.  ‘A lot of first-timers vomit.  Your pilot does throw the plane around a lot, but you were in very safe hands.  You’re honoured, you know.  He’s a former Battle of Britain pilot.’

I hadn’t realised it at the time, but I now know it had definitely been an honour and a privilege.

Obituary David Edward Murray STEWART (594511) ex-301st Entry
Dave has been a good friend of mine since were stationed at Muharraq in 68/69. Dave reached Warrant Officer rank in regulation time and was eventually commissioned, reaching the rank of Squadron Leader before he retired and started doing the same job in the Inspectorate of Recruiting at Cranwell as a civilian. He had been unwell for a couple of weeks and was admitted to Lincoln County Hospital some 11 days ago. I saw him on Thursday afternoon and he was his usual miserable self, complaining about everything from the cost of magazines to the lack of fresh toast in his hospital ward kitchen! Just the attitude we were pleased to see as evidence that he was on the road to recovery.Unfortunately, during the morning of Friday 5 February 2010 he took a turn for the worse and, despite the best efforts of hospital staff, he passed away at 10 am.John May Ex-WO Pers Admin

It is my sad task to report the passing of David Edward Murray Stewart of the 301st entry (‘F’ Flight, No 2 Squadron), who died on 5 February 2010. Dave Stewart joined the RAF with me at RAF Hereford in September 1964. He maintained that on entry he was 6’ 3”; when the drill sergeant got hold of him and ordered Dave to stand up straight he suddenly became 6’ 4”! In training, he graduated as the top apprentice in the rank of Flight Sergeant and led the passing-out parade. He was also awarded the education prize as the brightest student academically and gained colours in football, athletics and boxing. In all, Dave served his country in RAF uniform for more than 40 years. During that time he served on 16 different stations, including tours in Bahrain, with NATO in Belgium and Norway, and at the British High Commission in Accra, Ghana. By the age of 40, he had reached the rank of Warrant Officer and at the age of 43 he applied for a commission. On 26 March 1992 he was commissioned as a flying officer in the Administrative Branch.
On retirement from the Service, he had reached the rank of squadron leader. Unable to leave the RAF behind, Dave became a civil servant at the RAF College Cranwell with responsibility for recruitment marketing for the Royal Air Force. He still held this post at the time of his passing.
Dave was an accomplished footballer and during apprentice training he used to run rings around all the opposing defenders, including myself. He played for most of the units on which he served and represented the RAF on numerous occasions. Whilst serving in Belgium he played for a French 3rd Division side.
Dave Stewart had many admirable qualities. Essentially, he was an uncomplicated person, very open and honest and he said it as he saw it. He was steadfast and reliable and fiercely loyal to his family, friends and colleagues. A larger than life character, he exuded confidence and had a presence to match. As two Angus boys, he and I were good friends during apprentice training and spent many happy hours together on our leave breaks away from RAF Hereford. In those days, and being only about 5’ 6” in height, I always found it a great asset to be in the company of a close pal who was 6’ 4”! Dave will be greatly missed by all who knew him. He will be asad loss to our Association.

Have You Any Photographs Or Other Memories Of the 301st Entry RAF Administrative Apprentices? If So You Can E-Mail Them To:
administrator@rafadappassn.org