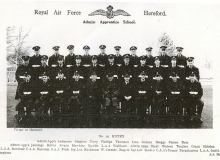 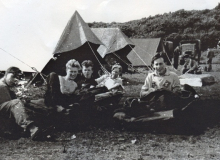 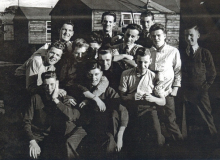 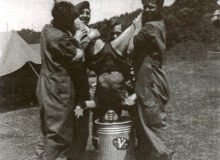 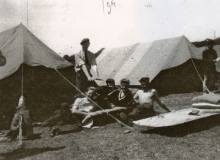 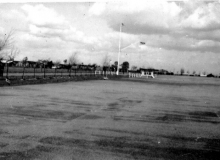 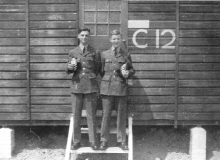 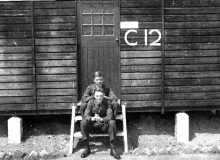 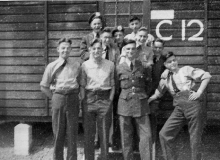 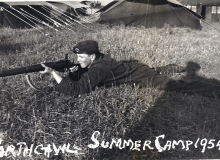 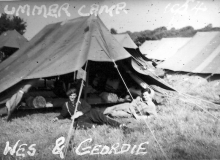 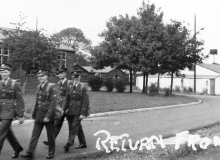 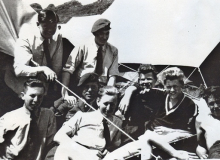 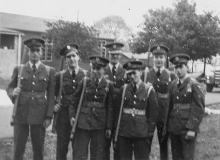 Gerry joined the Association in November 2202 and became a committee member in 2005. On joining the committee he was appointed as the Association Almoner,an office that he was well suited for, being an honorary welfare officer for RAFA and also involved in welfare work for SSAFA and the Royal British Legion.During his period of office he did not enjoy the best of health but he carried out his duties diligently and with compassion and understanding. In August 2009 heresigned as Association Almoner due to ill health and unfortunately died a couple of weeks later. Gerry will probably be best remembered by Association members for the somewhat unusual way in which he delivered his report at the AGM. He will be missed as a Committee Member and the Association has lost a valued member. His funeral service was held at St Mary’s Church, Calne on 24th August, followed by a committal at Semington Crematorium. The Association wasrepresented by Peter Follett(20th), Don Roper (20th) and Jim Wilcox (5th). Also in attendance was Robbie Barkman (316th).

The Newsletter Editor was contacted by David’s daughter, Alison Grace, in July 2021,  who informed him that her father had been in very poor health (not Covid) this year with Hospital admissions in January and then his last in March.  He died in Salisbury District Hospital on 15th April 2021 and there was a private family service for her father on 12th May.

Alison was aware that her dad joined the RAF as an Admin Apprentice and tells me that he left the service in the late 1970s when she and her brothers were young. The family knows he enjoyed his time in the RAF, as he talked about the many countries he had been stationed including Cyprus, Dubai, Brunei and Singapore. Alison  kindly sent Steve a copy of the Memorial Card from the Service but regrettably this was not of sufficient quality to publish here. The Hymns played were instrumental versions as her dad loved the Bands.  He also played in the RAF Bands during some of his time in the RAF.

Have You Any Photographs Or Other Memories Of the 19th Entry RAF Administrative Apprentices? If So You Can E-Mail Them To: administrator@rafadappassn.org