The SEVENTEENTH Entry was attested at the Administrative Apprentice Training School RAF St Athan on 11 September 1952. The AATS relocated from RAF St Athan to RAF Hereford on 6 January 1954. Training was undertaken in the trades of Clerk Secretarial, Pay Accounting and Supply until 28 April 1954. 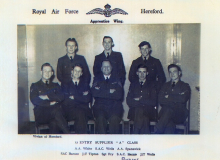 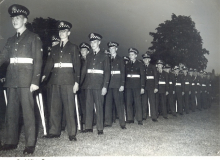 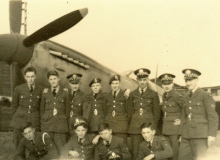 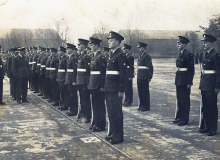 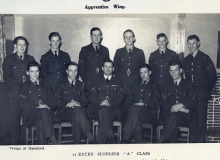 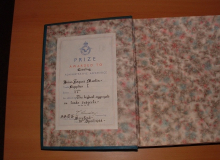 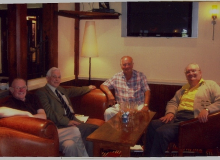 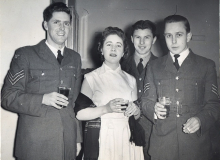 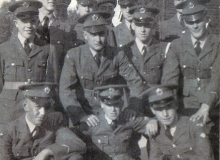 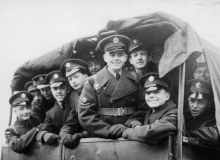 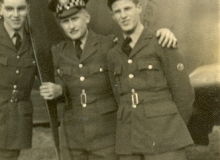 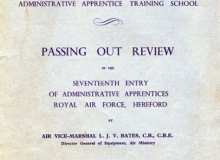 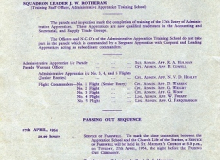 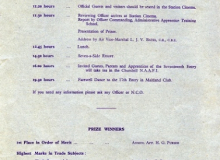 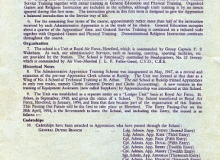 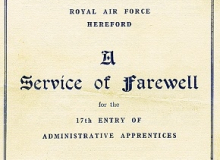 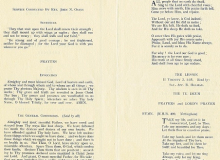 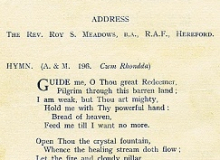 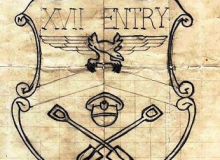 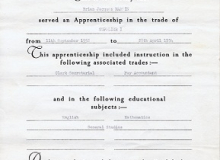 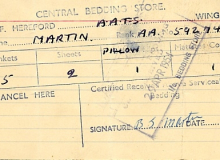 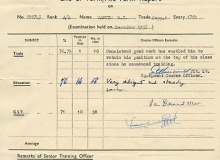 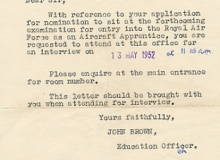 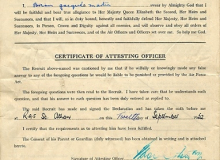 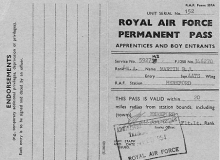 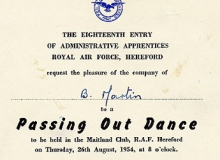 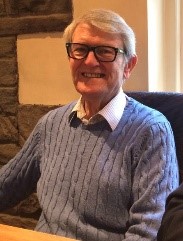 Our family was delighted and so grateful that one of ythe members of the Fontainebleau Association came along with his lovely wife.  I know they travelled up from Oxford, and I apologise profusely for not remembering their names, but dad would have loved the fact that they came. I wondered if you would like the following for your newsletter:
George Wright (17th entry)
George sadly became unwell just before Christmas and was released from hospital after a traumatic 48 hours between A&E, the back of an ambulance and a corridor. He was sent home prematurely on 20th December, pending an outpatient appointment.  It was only when he came home that we realised how unwell he was and within 24 hours recognised he was end of life.  He was loved and cared for round the clock until he died on 27 December. Our family are naturally devastated and have launched a formal investigation into his treatment.
If you wish to extract anything from his Eulogy, please feel free.
Dad chose to ask people to support Functional Neurological Disorder research instead of flowers, as his grand-daughter suffers from this condition which causes memory loss, seizures, paralysis, stroke-like symptoms and more.  He would have been delighted to know that over £3000 was raised from this through his memorial Justgiving page at http://www.justgiving.com/FNDresearch – thank you to anyone who has contributed to this.
Dad loved coming to the reunions each year and reliving such precious memories with you all.
Thank you for your friendship and comradeship over the years.
30th November 2017
Robert William Lawrence Blundell
Our thanks to Robert Blundell for providing us with a copy of this letter dated 3rd November 1952 outlining his acceptance into the RAF as an Administrative Apprentice.

I first met Reg somewhere between Paddington and South Wales in September 1952; we were embarking on a journey during which our friendship strengthened throughout the following 61 years. We were about to join the Royal Air Force on a 20 month administrative apprenticeship. Reg, being tall and smart soon made his mark and he was appointed the Entry Sergeant Apprentice.Reg had an outstandingly successful RAF career, he progressed to Sergeant, during which time he served in Iraq, Aden and then Nicosia under active service conditions during the EOKA troubles. In 1963 Reg was commissioned as an administrator and held a series of high profile posts, including that of ADC to Air Marshal Sir Kenneth Porter, Commander-in-Chief of RAF Support Command.In the 1970s, some 20 years after we first met, we worked on opposing desks in the Ministry of Defence, before Reg managed to escape back to Cyprus. Later as a Wing Commander he was awarded the OBE for his outstanding service at RAF Scampton. The award recognised not just the brilliant job he did in charge of all the support services at Scampton, but also the effort he put in outside working hours for the good of the community. He also masterminded the royal visit of Princess Margaret to the Station in 1978, the template of which was used for a subsequent royal visit to the RAF Staff College. Reg was justifiably very proud of this National honour but in his typically modest way, he rarely, if ever mentioned it.In the mid eighties he was promoted to Group Captain, and spent the final few years of his RAF career at Support Command Brampton where the family settled in the village before moving to Hartford. Reg was one of a small band to be promoted to Group Captain without attending Staff College. He hung up his uniform for the last time in late 1990 after an outstanding career spanning 39 years.On leaving the RAF Reg was appointed Bursar of Westwood House School, Peterborough: A very different environment to that which he had been use to, but one which suited his wide range of managerial and administrative skills. He slotted easily into the academic environment, relished the new challenges, enjoyed the people, and loved to recall his experiences in tackling the myriad of tasks which confront every school bursar: He also felt privileged to be able to continue a close association with the school after he retired.Something of a workaholic during his working life, in retirement he was no different, and he accepted a 3-year stint as President of the Spanish apartment complex which he served with distinction, devoting countless hours for the benefit of the other owners of several nationalities.Reg Holman the person was highly respected, he possessed many fine qualities; he was always immaculately turned out, and had been spotted on more than one occasion mowing his lawn in sports jacket, tie and flannels. He never possessed a pair of jeans! Generous with his time, patient and understanding, he had a dry sense of humour and his spontaneous quips would always make people laugh, often thawing frosty situations. His attention to detail earned him many plaudits, even though Claire sometimes found it somewhat exasperating.He could stand his ground when necessary, but never lost his temper, and always sought to mediate and persuade, rather than to use the big stick. Perhaps, what I will always appreciate most was his kindness, sensitivity and gentle approach when correcting another’s mistakes; a virtue not many of us possess. Reg’s favourite answer to any question or enquiry, “do you want the short version or the long one?” All who knew him well would ask for the short version, knowing full well that, like it or not, we were going to get the long one anyway!Reg was also a talented sportsman who played hockey at both Station and Command levels , and latterly enjoyed something of a hockey Indian summer with the Huntingdon Veterans. We eventually persuaded him to give up playing at the age of 63. His son bought him golf lessons as he also thought it was high time his Father took up a less demanding, non-contact sport. Reg viewed the change as merely down-sizing to a smaller stick and a smaller ball. Even so, he thoroughly enjoyed the game and especially the good company of his pals at Pidley Golf Club. His stance on the tee could mislead us as to the direction he would launch the ball, and one of his playing partners rather unkindly described Reg’s swing posture on the tee as that of a Praying Mantis swotting a grasshopper. Nevertheless, he was a competent player and loved the challenge. In recent years I have no doubt that his high level of fitness helped him to resist the ravages of cancer for as long as he did.In the later stages of his illness I was fortunate to be able to spend a fair amount of time with him and I never ceased to be surprised at his determination in continuing to do the Daily Telegraph crossword, and how alert his mind remained right up until the end. My dearest friend, Reg – Officer of the British Empire, talented Royal Air Force officer, sportsman, fashion icon, devoted husband, father and “Pappa.” In sum, he was a lovely man and a true friend. I will miss him deeply, but at the same time I feel very privileged to have known him.

Have You Any Photographs Or Other Memories Of the 17th Entry RAF Administrative Apprentices? If So You Can E-Mail Them To: administrator@rafadappassn.org