I have made some minor changes to this narrative to comply with the needs of compiling this page. I have also included a gallery of images provided by Dave Williams. The images have been captioned where appropriate to reflect what the author has said about them.

I joined the RAF when I was just under sixteen as many apprentices probably were. I was at RAF Hereford from September 1971 to August 1972 for my admin apprentice training. I don’t mind admitting I was sad when I left there, it was like leaving home again.

My first posting was to RAF Honington (1972 to 1976) where I was too young to wear LAC badges, affectionally known as boys service. This was nothing like RAF Hereford, this camp at the time operated Buccaneers and the odd Pembroke, there was a Royal Navy unit there. When the Ark Royal docked, its Buccaneers flew up to Honington. As a ‘spotty faced youth’ it was initially odd to be stood in the ‘pigs bar’ next to a guy in Navy uniform, both of us ordering the standard issue red can of McEwans export.

I met Anne there who became my wife, we did our courting, no doubt this term has been consigned to the history books. One of the cars we drove around in was a green 1960 Hillman Minx which had ‘town and country’ tyres on the back axle. We were married at RAF Marham in late 1976 where Annes late father had been posted to. After the reception in nearby Narborough we drove to RAF Wyton where I had been posted to in a 1965 Ford Corsair, everything we owned fitted in it!

RAF Wyton (1976 to 1980) was my second posting and our first married quarter. Following strong advice of the seasoned ‘scaleys,’ we bought a paraffin heater from the NAAFI to heat the house, probably on weekly payments. We used the massive wood effect economy 7 night storage heaters to put ornaments on, they were never switched on. We bought flannelette sheets to avoid the cold shock treatment from the issue cotton sheets in the winter. Our daughter and first son were born in Mill Road maternity hospital in Cambridge whilst we were there.

From here we were posted to RAF St Athan (1980 to 1983) where I worked in the Supply Wing, just after the Falkland’s War I was detached to Ascension Island for six months. This was my first Christmas away from my family dressed in shorts and heeding advice to stay ‘hydrated’. Not long after returning back I was promoted to Corporal; this was not long after GST training had been introduced for those being promoted. In August 1983 I found myself back at RAF Hereford for what was 14 days of beasting. Eleven years on, the camp was just the same, the years melted away and the memories flooded back.

RAF Waddington (1983 to 1985) this was our last posting, our second son was born in Lincoln general hospital while were here. Unable to sign on I was demobbed in November 1985. A very sad time, I had served around fifteen months of boy service and 12 years regular service. An uncertain life in ‘civvy street’ began for us, something which I found difficult to adjust to.

After living in nearby Bracebridge Heath for a few years we moved to Cardiff then 1997 we moved again, this time into our current home which is a former airman’s married quarter in Credenhill. Despite many years away, it was just like coming home. I am now a semi-retired Health and Safety Advisor with my own business.

The Former Gates At RAF Hereford 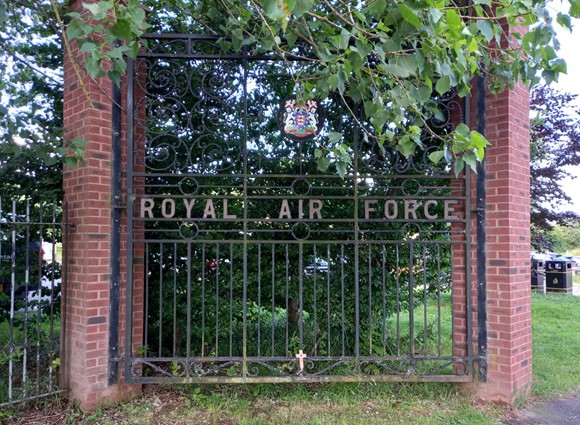 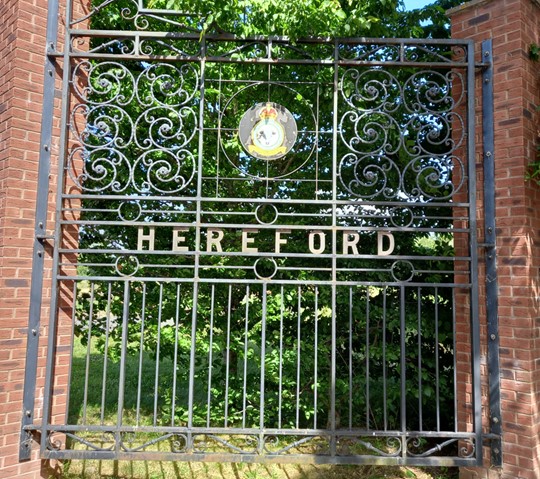 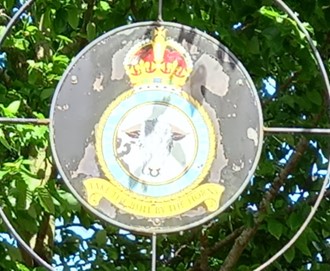 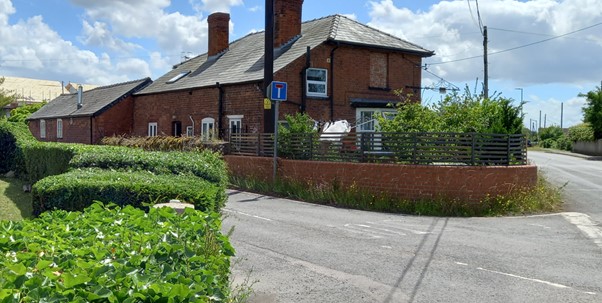 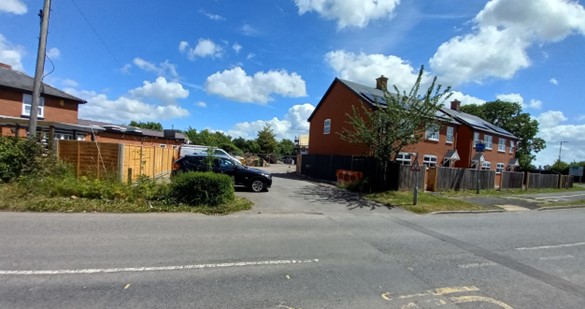 Thankfully these have been brought back to life after years of neglect at another location. They have been lovingly restored and are now located either side of the entrance gate into Aylestone Park in Hereford. If anybody reading this has driven into Hereford from Worcester and turned left at the first roundabout, you would have driven past them to your right.

This ceased to be a pub many years ago and became a private dwelling. The main road which did pass by it was re-routed when the Roman Road was developed into a modern highway, incidentally the cattle market moved from its traditional location in Hereford to the Roman Road. Although not as often as I should, I do walk along the shared cycle and pedestrian paths on the local roads which pass by this location.

During apprentice training I never attempted to get into this pub, we did however sneak under the wire fence at the back of the camp and got into the Kites Nest on the Brecon Road. The oldest looking lad with the deepest voice went to the bar for the drinks, this was our first encounter with scrumpy.

We had cheese and onion crisps with a pickled onion in them, finished our pints then concentrated on reaching the door to walk back to camp. The Kites Nest also ceased to be a pub many years ago, it changed use into an Indian restaurant which we went to and had some great curry’s. sadly it became disused and was later demolished, large modern houses now stand on the site.

The former Travellers Rest pub which has been a private dwelling for many years. The old Roman Road to the side of the building is now a dead end. The original road passes in front of the property but is now a small link/loop road off the new highway.

I took some pictures of the former Travellers Rest pub which are also included in the above gallery.