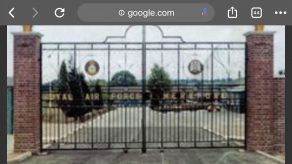 There has been some discussion on RAF Hereford Face Book Page Re the Station Gates.

i have done some quick research and came up with the following. The original gates where installed in 1960 according to an article in Hereford paper.

” I found this which may fill in a few gaps. I took part in the parade when they gates were officially presented to the Station by the Hereford Council 1960? When the Station closed it was put about that the gates would go to RAF Halton who took on the Hereford training tasks. As they later turned up in a dump at Hereford this was obviously b— s–t. So much for RAF interest in heritage. https://www.herefordtimes.com/news/732459.gates-stand-tall-at-aylestone-park/ “

below are three pictures depicting the gates as we all knew them, to the ones installed in Aylestone Park. The one in the middle is the one that I can’t find info on. 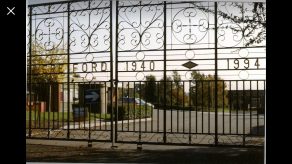 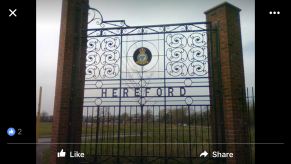